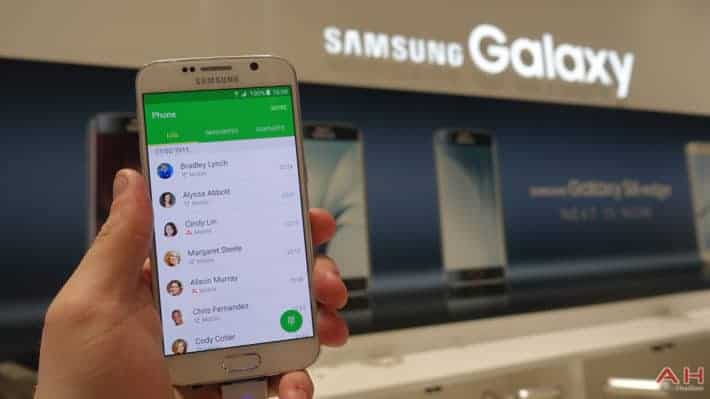 When Samsung announced the Galaxy S6 and Galaxy S6 Edge in Barcelona to kick start Mobile World Congress 2015 off, many were genuinely impressed at the new direction that Samsung seemed to be going in terms of handset design as well as handset build. With a metallic build used throughout the Galaxy S6, it seems like Samsung fans finally have the premium design they were looking for. Of course, this came at a the sacrifice of some staple Samsung features, such as the removable battery and microSD card slot. Those able to look past those omissions however will find a solid smartphone in the form of the Galaxy S6 or Galaxy S6 Edge. Samsung certainly has high hopes for the device, and after falling sales last year, Samsung could do with a good year.

South Korea is of course Samsung's home market, and they're more than just a household name in Korea, they're the de facto company to purchase from when it comes to consumer electronics. In a nation practically obsessed by mobile technology, the latest Galaxy S release is always met with frantic anticipation. This year, Samsung hopes to fan the flames with mass demonstrations of the devices before they go on sale starting April 10th. Starting today, March 23rd, customers interested in trying out one of the new devices can head to one of 1,400 stores nationwide that will be showing them off ahead of the general release. These stores include Samsung's own of course, but also extend to Electronics Land and Hi-mart stores among others.

This sort of approach to promoting any kind of smartphone works wonders, and should further fuel already impressive pre-order numbers. There's something very powerful about being able to try out something for yourself, and it's exciting to do that early. In Samsung's home market of South Korea, this is a good move and should drum up even hype for one of the most anticipated devices for 2015. Whether or not this means the Galaxy S6 will be a success for the rest of the year however is unknown, but if these early reactions are anything to go on, it looks like Samsung has a winner on their hands.