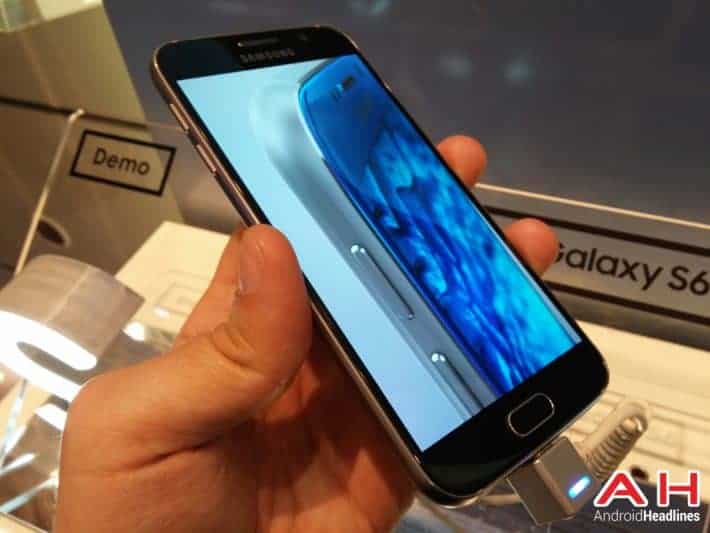 Samsung's latest devices (the Samsung Galaxy S6 and the Samsung Galaxy S6 Edge) are already starting to reach the hands of some consumers who pre-ordered according to reports from those who made the purchases. For anyone that is using last year's flagship device, the Galaxy S5, and is on the fence about whether or not they should upgrade, Samsung has put out a nice little infographic which denotes the differences in specifications between last year's Galaxy S5 and this year's Galaxy S6. This can also be of use to anyone who is or was just generally curious about the specs comparison between the two smartphones. Samsung of course, wants to make sure people know those differences so they can help them make an informed decision, or otherwise tell them why they should want to upgrade or buy the new phone vs the old.

For starters, the obvious changes are the new use of materials for the body of the device. Plastic vs the glass and metal makes a shift to a more premium build makeup and should feel quite a bit more upscale in the hand. When it comes to actual specifications for the hardware, Samsung points out first that the Galaxy S5 and Galaxy S6 are both using Samsung's SuperAMOLED display technology, but the Galaxy S5 comes with a screen resolution of Full HD (1920 x 1080 pixels with 432 pixels per inch) vs the Quad HD screen on the Galaxy S6. (2560 x 1440 pixels with 577 pixels per inch)

The jump in resolution results in a much more crisp and vibrant display picture. Another big jump is between the front-facing cameras for both phones, as Samsung opted to swap out the 2MP FFC on the Galaxy S5 for a 5MP FFC on the Galaxy S6 that also comes with an F1.9 aperture and auto real-time HDR. As for the rear-facing camera which is where users will likely get most of their shots from, Samsung has kept the same 16MP quality, but upped the sensor to an F1.9 aperture on the Galaxy S6 from the F2.2 aperture on the Galaxy S5, while also adding in optical image stabilization and "auto" real-time HDR as opposed to just real-time HDR. The camera on the Galaxy S6 also opens much faster and will be ready to take pictures a lot quicker than the Galaxy S5, having a launch speed of just 0.7 seconds compared to 1.3 seconds, which could mean the difference between getting the perfect picture and missing it just slightly. Other changes include the processor type, the amount of RAM, storage space, and the lack of a removable battery and microSD card slot, all necessary changes according to Samsung. Check out the full infographic below to see all the main differences and why the Samsung Galaxy S6 is Samsung's "best yet" device. 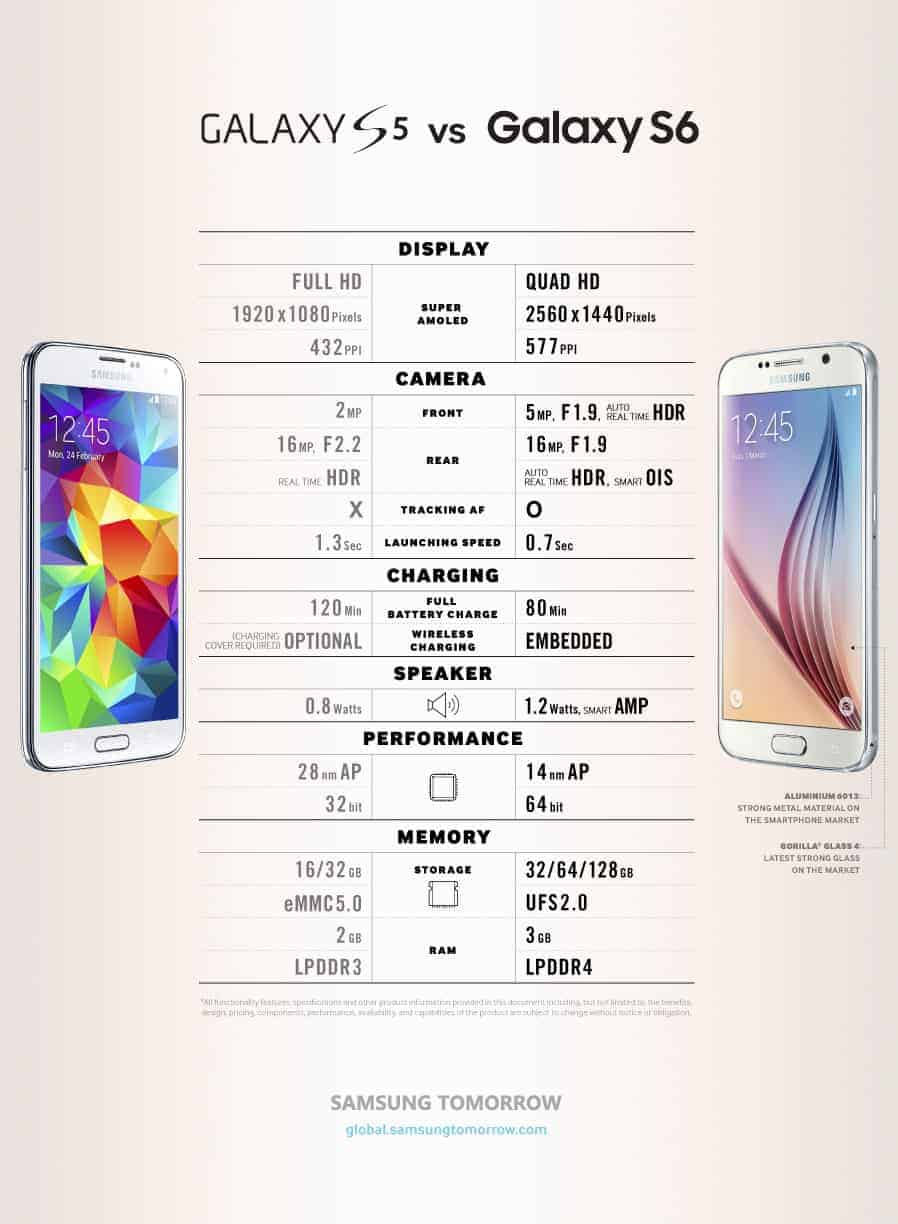