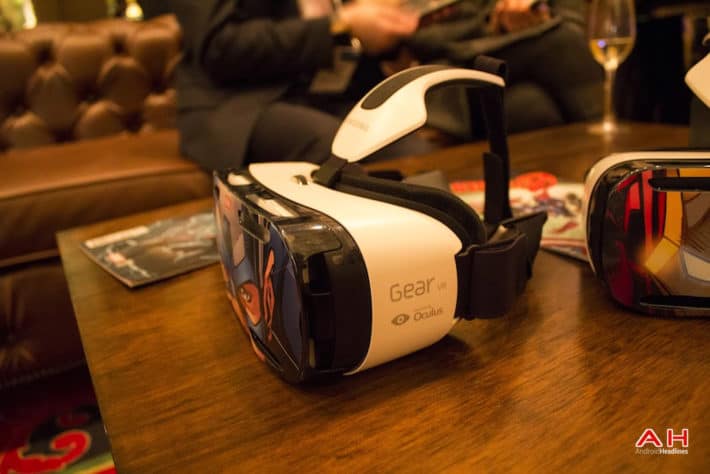 Let’s transition from MWC in Barcelona, Spain, over to Game Developers Conference in San Francisco, California. The CTO of Ocular VR John Carmack said in a talk today at GDC that the virtual reality headset they made with Samsung, the Gear VR, will be sold to consumers by the end of the year. They are going to make a big push to get the device into general consumer hands, and they want to do so this year. Carmack’s talk at GDC went through the evolution of VR tech and ended on the current version of the Gear VR. Samsung and Oculus have dubbed the current Gear VR an “innovator edition” even though it’s essential a developer kit. “Internally, some would have preferred it to be called a ‘developer kit,’ but Samsung doesn’t do developer kits,” Carmack said.

The new Galaxy S6 and S6 edge will work with a new innovator edition Galaxy Gear VR, opening up the VR headset to more than just the Samsung Galaxy Note 4. Carmack said the consumer version won’t be “radically different” from the current version and the GS6/S6 edge version and he pointed to new uses for VR that go beyond gaming. “People kinda like photos and videos,” he said. “We can do photos and videos with virtual reality in a way that is very powerfully better than what you get with traditional headsets.”

Carmack pointed out that virtual reality running off your smartphone is much more accessible than a similar offering that has to be tied to your computer, even though smartphones are not as powerful. Samsung is gearing up for a massive advertising campaign once the consumer version of Gear VR is ready. “When everything is ready, ads will be everywhere,” he said. “Oculus is going forward as hard as we can, trying to sell as many units as possible with the next Gear VR.”

Although many people have not jumped on the VR bandwagon yet, Samsung and Oculus are working hard to change consumer’s minds about the technology. HTC also announced a partnership with Valve a few days ago. Their new Vive VR headset has also been getting a lot of attention since it was announced.