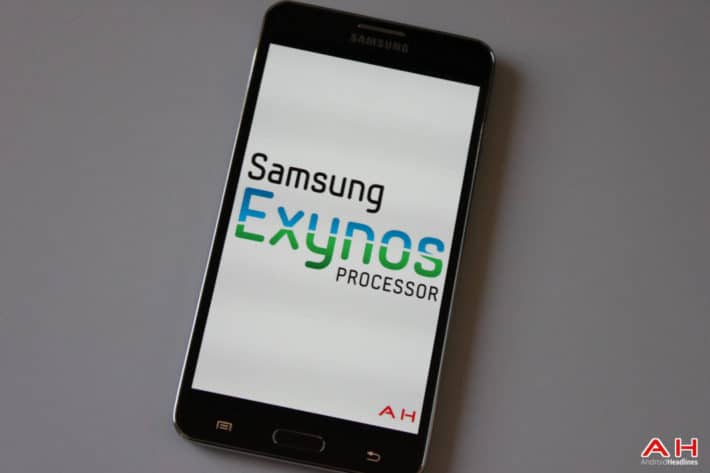 Samsung has become known as one of the few smartphone and tablet manufacturers that design and produce their own processors. This year is becoming something of a watershed moment for Samsung's Exynos processors as every Galaxy S6 or Galaxy S6 Edge device that rolls off the production line will be powered by an Exynos 7420 CPU rather than a Snapdragon CPU. This is a big deal for Samsung, but the Exynos 7420 isn't completely Samsung's design, after all the processor cores are designed by ARM, just as they are inside of the NVIDIA's Tegra chips and Qualcomm's Snapdragon CPUs. The difference here however, is that NVIDIA and Qualcomm build on ARM's core design and create a custom processing core. The Exynos 7420 uses a stock design from ARM, without special modifications from Samsung.

This is where Samsung hopes to progress however, and the company is aiming to produce an Exynos CPU with a custom core design by 2016. Samsung has already become a force in the semiconductor world thanks to the 14nm FinFET production process used in the Exynos 7420, something even Qualcomm cannot match. Designing their own custom core would give Qualcomm even more to worry about, especially considering the heat issues with the Snapdragon 810 seem very real in devices like the HTC One M9. It's bad enough that Qualcomm have missed out on one of the biggest smartphones of the year, but if Samsung were able to develop their own 64-bit custom core to rival Qualcomm's Krait design in the Snapdragon line, then competition would become very fierce, indeed.

There's no telling whether or not Samsung will supply other big players like Motorola, HTC, Sony or LG with their processors, but for now it's unlikely as the Exynos 7420 is going to find itself in a lot of Galaxy S6 and Galaxy S6 Edge devices. Samsung has already laid out plans for this before, and fresh reports are saying that Samsung is to stick to this and Exynos processors with custom cores will be ready by 2016. Overall, it's unsurprising that Samsung is considering this, as it would enable them to push better battery life and better performance as well as integration with components they choose in future devices.