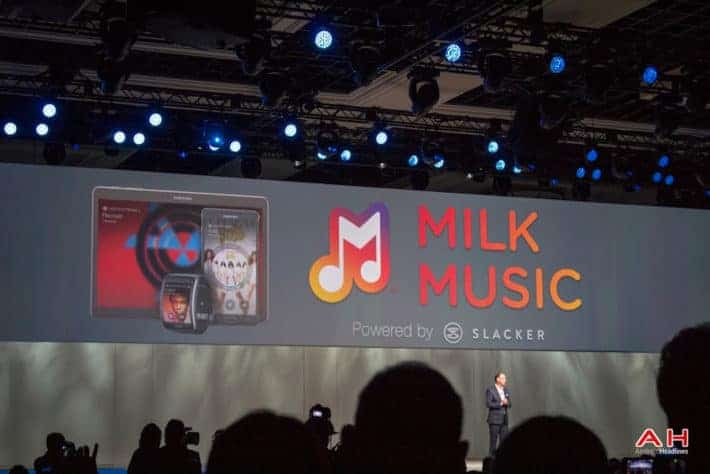 Samsung is said to be cutting out a lot of the bloatware on its upcoming Galaxy S6 and Galaxy S6 Edge devices, however they are going to be continuing to include some of the apps and services that people will likely use. They’re also offering users the option of picking up other extras through the Samsung gifts promotions when they buy their new device. When it comes to pre-loaded applications, two of the obvious ones to be included are Samsung’s Milk Music and Milk Video streaming music and streaming video services. Samsung is clearly understanding of the fact that both Milk Music and Milk Video are popular.

As such, the decision to include them with the Galaxy S6 and the Galaxy S6 Edge out of the box likely indicates that they’re going to be driving focus on these two apps harder than before. Both Milk Music and Milk Video were available to users prior to the launch of the Galaxy S6 and the Galaxy S6 Edge, but they were both optional add-ons that could be downloaded by heading to the Play Store and tapping the install button. Some will likely see this as Samsung adding more bloat, although is it really fair to call it that when they’re services that people actually like?

Now that the two apps will be pre-loaded onto Samsung’s upcoming two newest devices, there is a chance that they could be looking to add them into future devices as pre-loads as well, which wouldn’t be too surprising if they’re trying to gain more users for the service, in hopes of gaining a loyal fan base and perhaps driving further device traffic just to use the services when people are ready to upgrade. For those that are unfamiliar with milk Music or Milk Video, they’re basically services that provide Samsung device owners with free streaming music and video experiences without the inclusion of ads. Milk Music is powered by Slacker Radio, so if users find commonalities between the two that is likely why. The question for some users is whether or not they’ll be able to uninstall either application if they aren’t interested in using them.