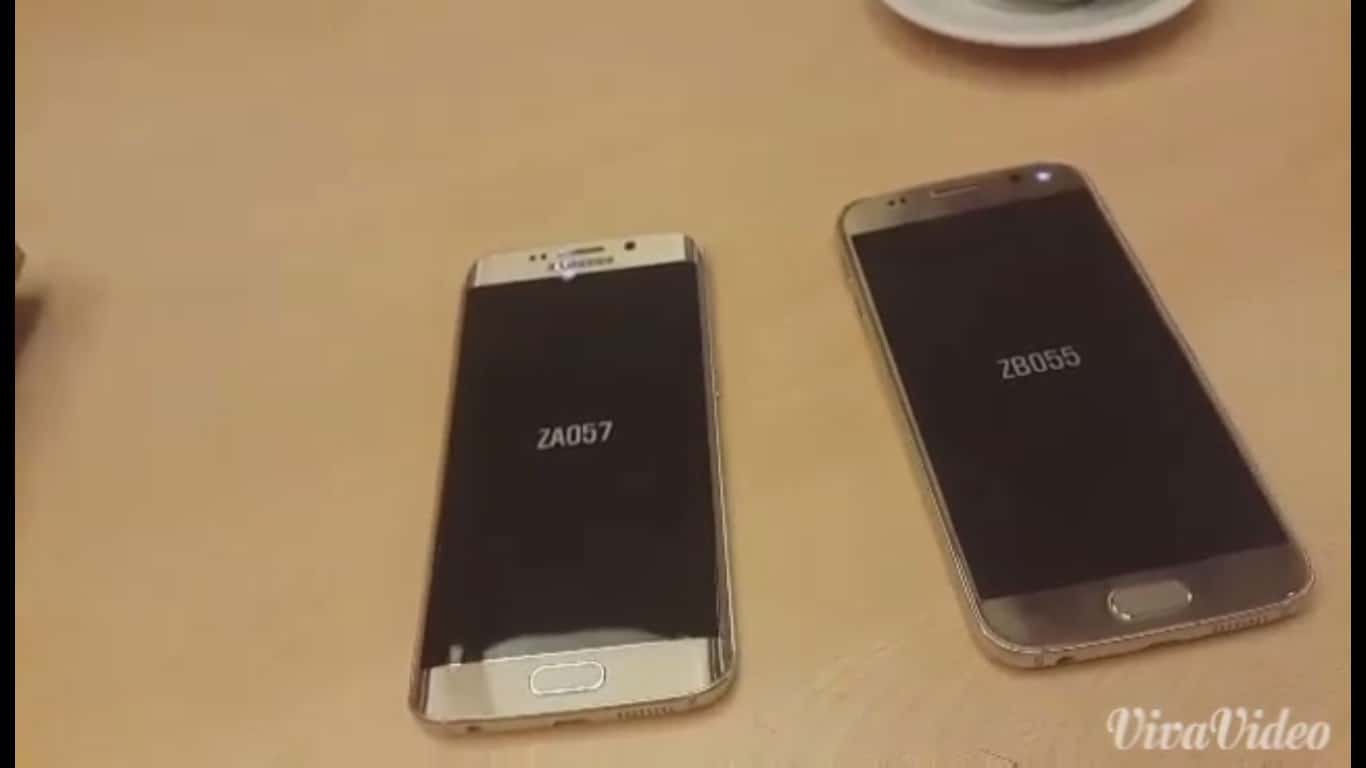 Samsung is going to be announcing the Galaxy S6 and S6 Edge in a matter of hours, but we don’t have to wait that long to see the phones. A leaker has posted a hands-on video with both of the phones to Vid.me, showing off the hardware but not much else. The video is only 35 seconds long and shows the front, sides, and back of the smartphones. The leaker does not power up either of the devices, so we don’t get a look at what the updated TouchWiz with Android 5.0 Lollipop looks like. The devices look premium, however, and confirm rumors that Samsung is improving the build quality of their new flagship devices.

The Samsung Galaxy S6 and S6 Edge will be announced at Mobile World Congress 2015 today at 12:30pm Eastern Time. Both phones should have the same specs, with 2K displays and 5.1-inch screens. They should be running on Qualcomm Snapdragon 810 chipsets, although some models may have Samsung’s own octa-core Exynos chips in them. The devices will also have 3GB of RAM, at least 32GB of internal storage, and will come with Gorilla Glass 4 on the front and back. Samsung is doing away with removable backs and batteries, as well as the microSD card slot in both phones. This move may make some users unhappy, but it’s a move that Samsung felt they had to make with these new phones.

We’re live in Barcelona, Spain, for MWC 2015, bringing you all of the news and new devices that coming out. We’ll be at HTC’s event, which kicks off at 10am Eastern Time, and then we’ll be on hand at Samsung’s Unpacked Event at 1230pm ET time as well. The fun is just getting started as MWC 2015 is just getting started. The event runs through Thursday, March 5 and will be jam-packed with new phones, smartwatches, and a whole lot more.