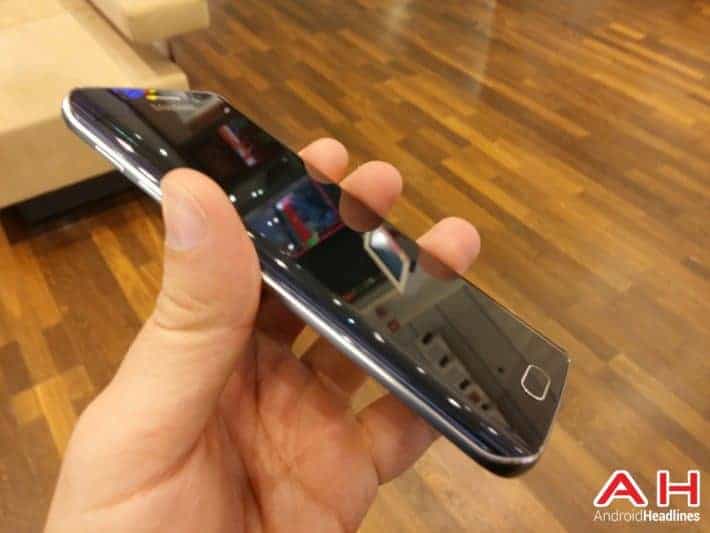 The Samsung Galaxy S6 Edge features a 5.1-inch QuadHD (2560 x 1440, 577 PPI) Super AMOLED display (protected by Gorilla Glass 3) along with 3GB of LPDDR4 RAM and multiple storage options, 32GB, 64GB and 128GB models are available. Samsung has included their newest UFS 2.0 flash memory here, which allegedly works 2.7 times faster than the regular eMMC 5.0 units which are being used by the majority of smartphones these days. Samsung's  Exynos 7420 14nm processor 64-bit octa-core processor (quad-core 2.1GHz + quad-core 1.5GHz) is powering on this handset. This chip is very power efficient according to the company, it has 30-35% better battery life compared to 20nm processors. Mali T760 MP8 GPU ships with this SoC and is in charge of graphics, and a 2,600mAh battery can be found inside of the Galaxy S6 Edge. This seems like a small unit, but it should be enough to get you through the day, having the power-efficient SoC in mind. 16-megapixel OIS camera is located on the back of this handset (f/1.9 aperture) along with a dual-LED flash, while a 5-megapixel snapper is available up front.

Android 5.0.2 Lollipop comes pre-installed on this device along with the company's TouchWiz UI on top of Google's OS. Samsung has decided to pre-load a bunch of applications and features to the Galaxy S6 Edge: S Health 4.0, Ultra Power Saving Mode, Samsung Pay, Download Booster, S Finder, S Voice, Smart Manager, Sound Alive+, Quick Connect and Private Mode. Microsoft's OneNote, Skype and OneDrive (you get 115GB of OneDrive storage for 2 years) apps also come pre-loaded here. Google's suite of apps is also present, of course, and you do get a ton of Camera features as well, like Quick Launch, Tracking AF and Low Light Video for example. The majority of camera apps are included in the advanced mode within the camera app though.