Skip to content
Trusted By Millions
Independent, Expert Android News You Can Trust, Since 2010
Publishing More Android Than Anyone Else
32
Today
184
This Week
645
This Month
6603
This Year
124130
All Time 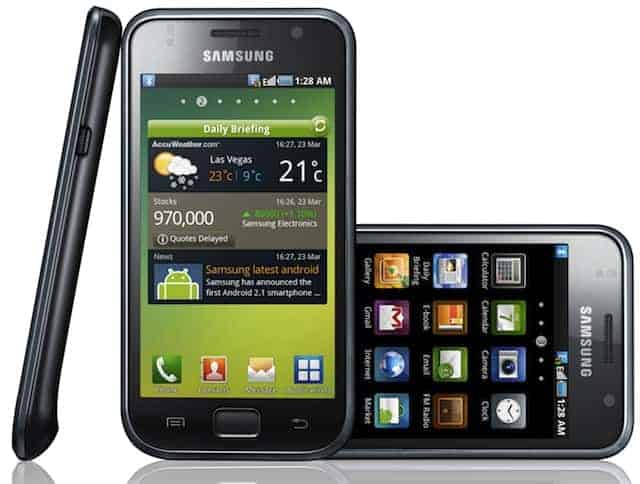 The Samsung Galaxy S was released back in 2010. It is based around a 1 GHz single core, 32-bit processor with 512 MB of memory, 8 GB or 16 GB of internal storage plus a MicroSD card slot, a 480 by 800 pixel, 4.0-inch AMOLED screen and a 5MP rear camera, which lacked a flash. There’s even a VGA (0.3MP) front facing camera for video conferencing. The device was kept powered up by a replaceable 1,500 mAh battery and the device launched running Android 2.1 Eclair. The device was, at the time, considered to be “likeable” but the interface was considered to be too close to the iPhone by many reviewers (and ultimately by Apple too, but this is another story) and performance and stability were not brilliant. Samsung subsequently updated the Galaxy S’ firmware through 2.2 FroYo, a worthwhile improvement, and then on to 2.3 Gingerbread. However, the Galaxy S also formed the basis for the second-generation Nexus smartphone, the Samsung Nexus S. The Nexus S introduced Android 2.3 Gingerbread and was subsequently updated to run Android 4.1.2 Jelly Bean. Both the Galaxy S and Nexus S are firmly 3G (HSPA) category devices, coming from a time when LTE networks were very much in their infancy.

Perhaps because of the Nexus S connection, or perhaps because the Galaxy S is a likeable smartphone, but some five years later the device is still being updated and today comes the news that XDA Developers forum member humberos has released a custom ROM to bring Android 5.1 Lollipop to the first Galaxy S smartphone, the i9000. The ROM is based on the open source OmniROM project and as at the time of writing, this is detailed as an alpha release, which means it would be wise to expect some bugs and issues. Would the Galaxy S running a brand new version of Android be a useful everyday device? For the enterprising user not afraid of potentially bricking (rendering it unusable) the Galaxy S, and willing to tolerate stability, reliability and performance issues, you might like to consider trying your i9000 on the new software. If you do this, please come back and let us know how you get on. Click the source link below to find out more.