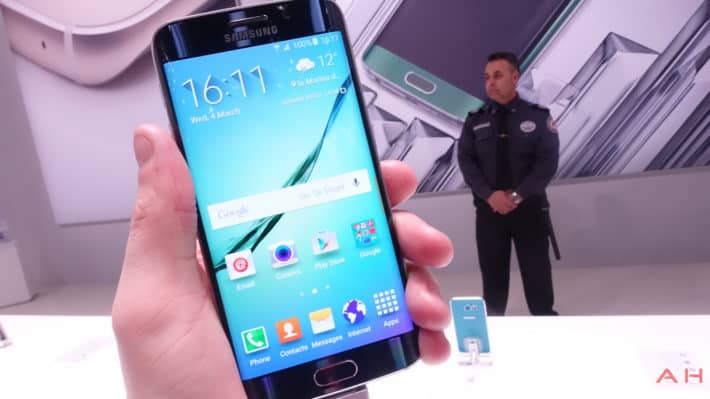 Stories about the complexity of making the curved edge on the Samsung Galaxy Note Edge, the low yield and high cost, prompted rumors that the device would be offered only to select markets and on a limited basis.  It appears that those rumors are once again swirling around the new Samsung Galaxy S6 Edge…which now has, not one, but two curved edges on its Gorilla Glass 4, 3D display.  A Taiwan source is saying that because of the expected high sales of the Galaxy S6 Edge, Samsung may have a problem supplying enough of the Gorilla Glass 4 displays.

According to reports, Samsung was looking to get 8 – 8.5 million displays delivered in the second quarter, but with a yield of less than 50-percent, they may only be able to produce 6 – 6.5 million. Whenever companies talk about yield, 'theoretical yield,' or the amount you expect to get, is always discussed with 'actual yield,' or the amount that is actually manufactured.  Corning has been in the glass business a long time and knows all about the 'actual yield,' so it may just be a rumor going around.  I would image that Samsung would like to stick with Gorilla Glass 4 for all of its devices.

The process to produce the 3D glass requires an upper and lower curved mold that must heat the glass to 800 degrees Celsius  or 1472 degrees Fahrenheit in order to achieve the bending process.  Once formed, it is sent into a CNC (Computer Numerical Control) machine for a highly accurate 40 minute polishing of the edges.  It is then coated with multiple layers of chemicals to give the display a better visual look.  It is a complex and expensive process making the price of each display close to twenty-six US dollars.

There were also initial fears that the flexible OLED displays used on the Galaxy S6 Edge may be in short supply, but a new A3 plant Samsung is opening in the second quarter will do nothing but supply flexible displays with a monthly output of 20 – 30 thousand with a 75 – 80-percent yield. This will be a good thing because rumors are that the next Galaxy Note Edge will also have a dual curved display.

The new technology and innovation the public demands from our smartphone manufacturers have helped produce products that were unheard a decade ago and only in the minds of designers a few years ago.  As processing techniques improve and yields can go up, hopefully the prices will start to drop.  The simple and elegant looking display on the Samsung Galaxy S6 Edge is no small matter to produce…and one that will cost us some extra money.