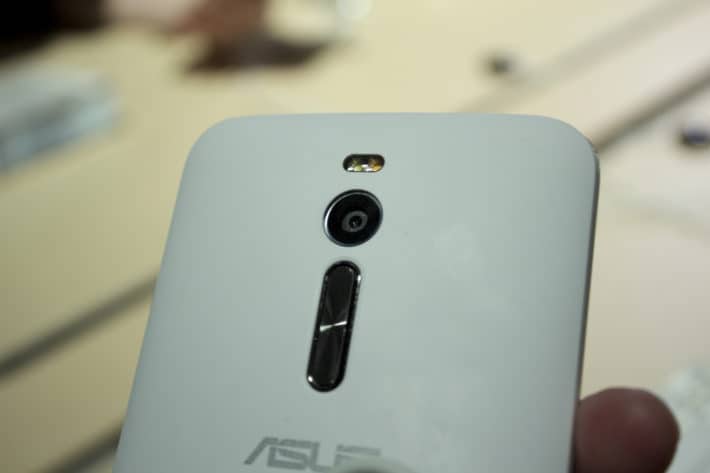 The ZenFone 2 was announced just this January, but as is so often the case with ASUS, their Chairman Johnny Shih is already looking ahead to the next generation of the ZenFone. ASUS has been making Android tablets for some time now, and ever since the launch of the multi-functional PadFone line people have been wondering when the company would enter the smartphone market outright. The answer came in the form of the ZenFone line of budget, and mid-range devices like the ZenFone 5 from last year and now, the ZenFone 2 line of devices offer even better value for money with an option for 4GB of RAM available.

Johnny Shih is a charismatic head, and it's no surprise that when speaking to the Chinese press he has said that the ZenFone 3 will feature a fingerprint sensor. Obviously, the launch of the ZenFone 3 is a long way off, but it's obvious Mr Shih sees where things are headed in mobile and as more devices ship with fingerprint sensors it will become something people expect from mobile devices like Android smartphones and tablets. The ZenFone 2 has only just launched though, and you might be thinking it strange for Mr Shih to start building up hype for a device that is a long way off, but this is how Johnny creates such interest in the brand, ASUS has become known as a company that looks ahead to the future, and the future excites people.

ASUS have said that a fingerprint smartphone could appear in a device as early as the second half of this year, but we doubt that will be the ZenFone 3. Instead, it's possible that ASUS releases a more powerful version of the ZenFone 2 with a fingerprint sensor towards the end of the year in order to create more sales before the next generation of ZenFones are released. Either way, it's interesting to see that ASUS continues to look ahead to the future of the ZenFone brand and it'll be interesting to see how much such a device would cost as the ZenFone 2 is an excellent deal starting at roughly $219.99.