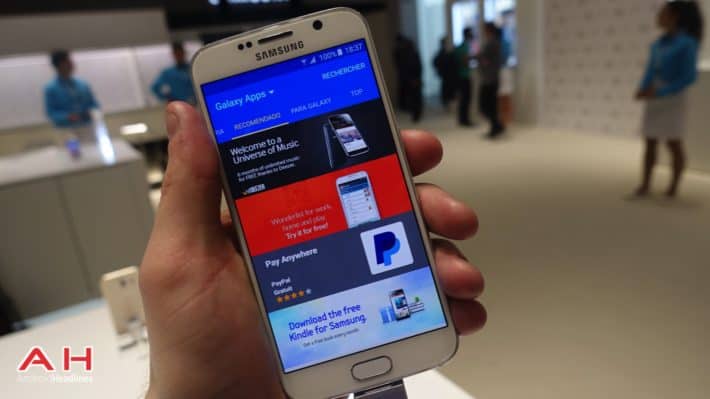 The Samsung Galaxy S6 and Galaxy S6 Edge are coming to Canada this April 10 as Samsung initiates a worldwide launch to maximize sales.  The new Galaxy S series will be available on all major carriers as well and many of those carriers are already taking pre-orders.  Normally, the carrier will let the person placing the pre-ordering know how much the device will cost them, but Rogers and Fido started taking pre-orders over a week ago with a $40 refundable deposit – no pricing was listed.

Initially, the new Samsung Galaxy S6 and S6 Edge models will come in the standard Black Sapphire and White Pearl on all carriers, but we learned yesterday that the Gold Platinum model would become available shortly after the launch.  Now you will have to decide whether to rush on out and pick up a Black or White model or wait a little longer for the Gold!  Samsung also hinted around that the exclusive  Blue Topaz Galaxy S6 and the Green Emerald Galaxy S6 Edge might also find their way into Canada at some point.  Much of the color availability may depend on supplies, demand and the carriers – after all, it would require a commitment on the part of the carriers to stock some expensive inventory.

Please hook up with us on our Google+ Page and let us know if you will be pre-ordering the new Samsung Galaxy S6 models and which one…as always, we would love to hear from you.