Over the past four to six months, Twitter has been discussing new ways to keep its existing users engaged and possibly continue to grow the user base. There have already been a number of new features that Twitter has begun to implement for the service and the application, one of these ways being the introduction of Audio Cards so users could listen to music within their timeline without having to leave the app or web page. Rhapsody is bringing even more value to the audio cards function with their announcement of Rhapsody audio cards, allowing users to share full-length songs with each other right in their Twitter timelines.

This gives anyone who users Twitter potential access to more than 30 million songs within Rhapsody’s vast library of licensed music, and you can already find some Rhapsody audio cards available from various artists like Wiz Khalifa, Pearl Jam, Flo Rida and more. While artists may share some of their songs through Rhapsody audio cards on their own feeds, regular Twitter users who are also subscribers of Rhapsody can share audio cards of any song in the library so anyone who taps on that audio card will get to listen to the song free of charge. Clicking on these audio cards from the web interface seems to simply open up a link to the external Rhapsody website where the song can be streamed but in both cases where I tried this it only allowed for a 30 second snippet. Tapping on the same audio card within the Twitter Android app however, allowed me to stream the entire song from the app without leaving it, so it appears the Rhapsody audio cards may be an app only feature.

Sharing songs from Rhapsody however, can be done from either the web interface or from the app, so no matter how subscribers consume their Rhapsody music they can share songs with others while on the go or at home on their computer. With Rhapsody audio cards, the goal is to share songs more effortlessly between users, although Rhapsody will no doubt see some user growth because of this new feature, and it just might bring more users to Twitter too. 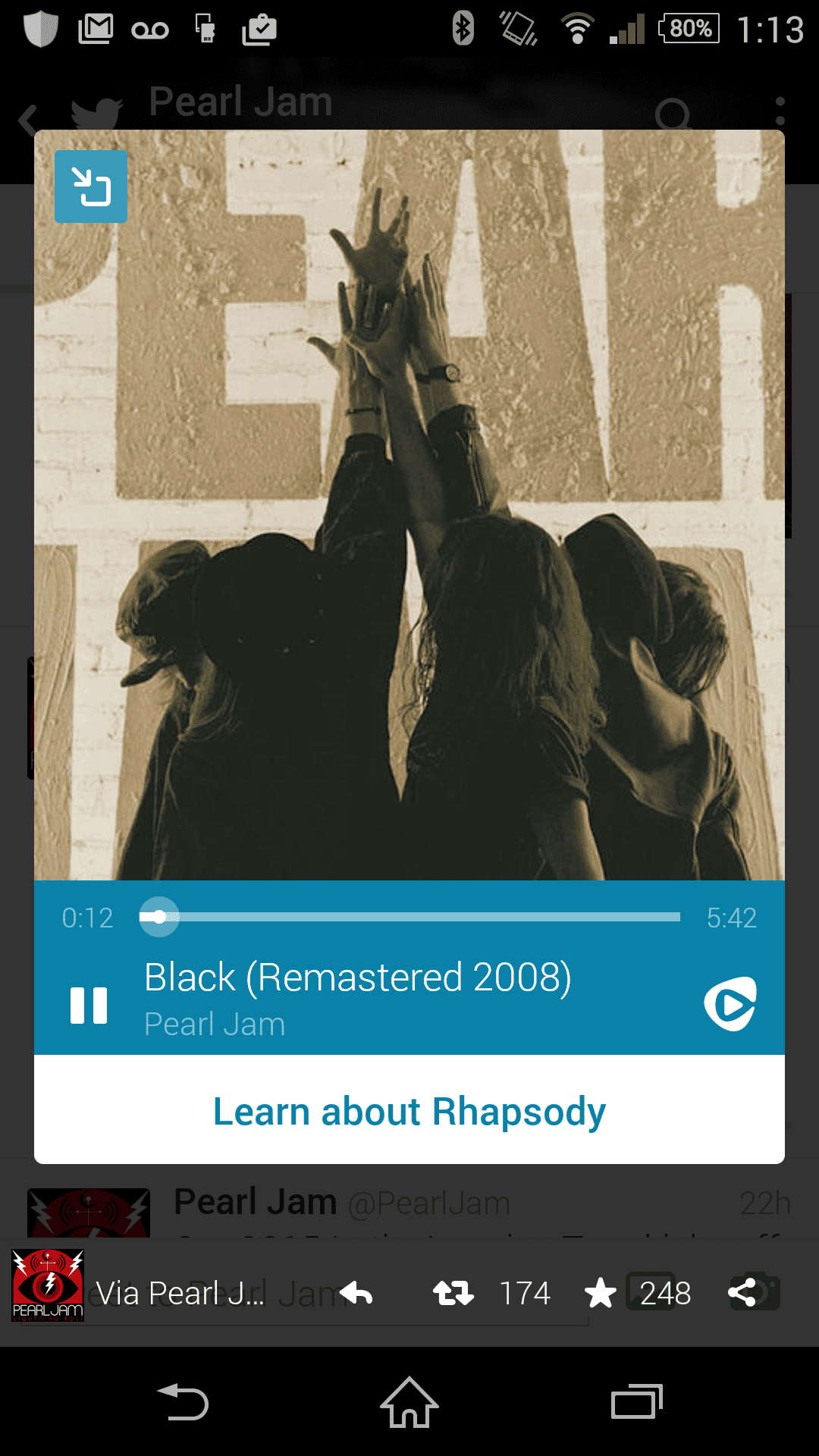