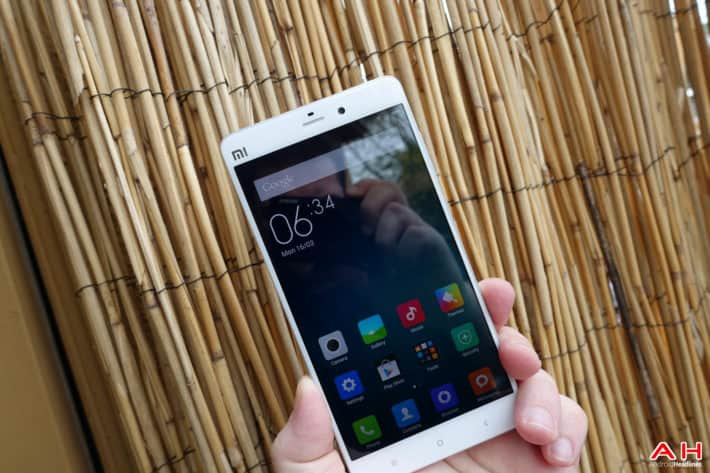 Xiaomi has unveiled a significant number of devices this year already. The company has announced three new handsets back in January, two of which are the company's new flagships. The Mi Note and Mi Note Pro have been announced on January 15th, and even though they look identical from the outside, there are some significant differences under the hood. The Mi Note Pro is the more powerful device here, it offers higher-end specs, even though the Mi Note is nothing to scoff at either.

That being said, the Xiaomi Mi Note has been available for sale for quite some time now. The company did say that the Mi Note Pro will become available in the coming months when they launched it, but weren't exactly clear when. Well, a new report from China is trying to clear this situation up. As you all probably know by now, Xiaomi will celebrate the company's fifth anniversary on March 31st, and are expected to announce a number of new devices at the event. The company has already teased a women-oriented product launch, and have indirectly teased the launch of the Mi Pad 2 at the event. Well, it looks like the company might announce the availability of the Mi Note Pro as well. The report claims that Xiaomi will do exactly that, and that the device itself will be available for sale in early Apri, which means that you'll probably be able to register for a flash sale starting on March 31st. It remains to be seen how legit this info is, but we'll find out soon.

The Mi Note Pro features a 5.7-inch Quad HD (2560 x 1440) IPS LCD display along with 4GB of RAM and 64GB of internal storage. Qualcomm's Snapdragon 810 64-bit octa-core processor is powering on this handset along with an Adreno 430 GPU for graphics. 13-megapixel camera (Sony's IMX214 BSI sensor) is located at the back of this device and is flanked by a dual-LED, dual tone flash. 4-megapixel snapper (2um pixel size) is available on the front side of this thing. 3,000mAh battery ships with the device and Android 4.4.4 KitKat will quite probably come pre-installed on this thing with Xiaomi's very own MIUI OS on top of it. This handset measures 155.1 x 77.6 x 6.95 mm and it weighs 161 grams. Dual-SIM, dual standby support is also available, same goes for 4G LTE connectivity.