Do we have a good one for you today – the beloved Sony Xperia Z3 goes up against the newest Samsung Galaxy S6.  Both devices are made from metal and have a glass front and back and in that respect, these devices are very similar, with the Xperia Z3 more squared off at the corners than the more rounded corners on the Galaxy S6.

Once we get past the construction, the similarity ends.  Oh the displays are almost the same size, 5.2-inches versus 5.1-inches, and they both have the usual dual-band Wi-Fi, Bluetooth, GPS, NFC, active noise cancellation with a dedicated mic and a microUSB v2.0 port for charging and data transfer.  Both devices are expensive and the Sony Xperia Z3 is a T-Mobile exclusive that will cost you $630 outright or 24 equal payments that total that amount.  The Samsung Galaxy S6 will run you about $700 off contract and about $250 on a two-year contract. 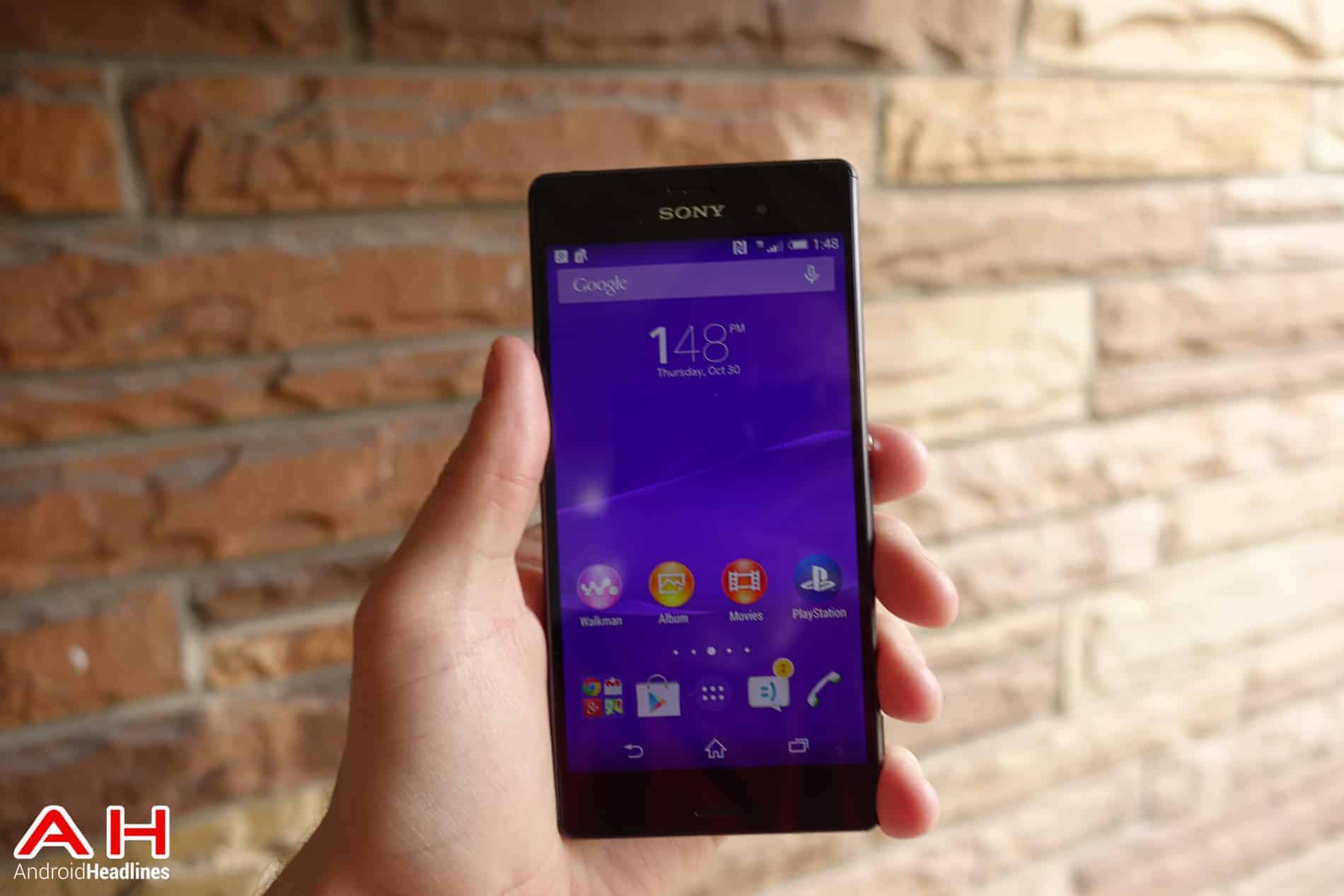 The Sony Xperia Z3 has rather large bezels, but it’s still a great looking device – with a glass top and bottom and held together by a rounded metal band.  It has a premium look and it feels great in your hand.  Sony has always made a great device, but has always had trouble distributing it on a U.S. carrier, but thankfully, T-Mobile jumped in and now sells it exclusively – great for T-Mobile customers, but not so great for Sony.

The Xperia Z3 comes with a 5.2-inch FHD IPS LCD display with a resolution of 1920 x 1080 pixels and 424 pixels-per-inch (PPI) versus the 577 PPI on the QHD display on the Galaxy S6.  It uses the Snapdragon 801 quad-core processor clocked at 2.5GHz with 3GB of RAM.  This was the workhorse 32-bit processor used in the Galaxy S5 and LG G3, but not as technically advanced or as fast as the 64-bit Exynos 7420 octa-core processor, which has better power management, 14nm technology and a better GPU for graphics.  The Xperia Z3 only goes up to 32GB of internal storage but has a microSD card slot for expanding that 32GB by an additional 128GB.  Samsung did away with the microSD slot in the new Galaxy S6 models and now offer 32GB, 64GB or 128GB of built-in storage space.

The camera on the Xperia Z3 uses a Sony 20.7 (21) MP sensor and both phones offer autofocus and an LED flash…the Galaxy S6 adds to that OIS, ISOCELL technology, live HDR shots and a wider f/1.9 aperture.  The Xperia Z3 uses a 2MP front-facing camera (FFC) versus the larger 5MP FFC on the Galaxy S6, which also adds ISOCELL technology, the larger f/1.9 aperture and wide angle lens – used  for social media selfies and video chatting.

Both devices are about the same size, although the Galaxy S6 is lighter.  The Xperia Z3 is fully IP65 and IP68 certified for being dustproof and waterproof.  The Xperia Z3 also has a built-in FM radio and front-facing stereo speakers, compared to a new louder/clearer sounding bottom-mounted speaker on the Galaxy S6.  If you are a PS4 gamer, then you will also appreciate the fact the Xperia Z3 can be used for Remote Play.  The Xperia Z3 comes in Black, (the only color that T-Mobile sells) White, Copper, Silver Green and Purple and is running 4.4 KitKat, but will receive Android 5.0 Lollipop soon.  It is exclusively on T-Mobile for $630 or you can make 24 equal-sized payments. 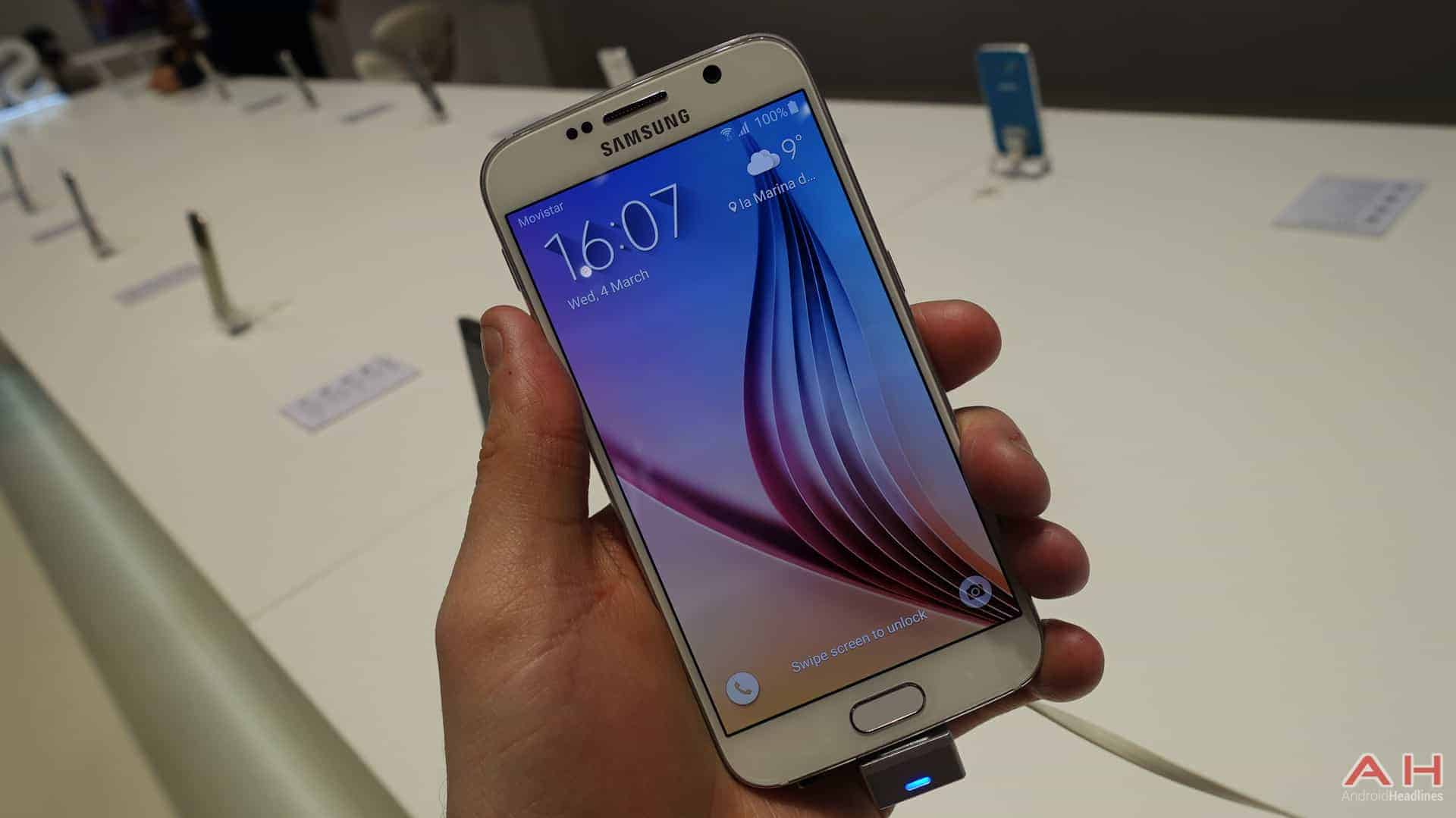 This year, more than ever, the new Samsung Galaxy S6 is a device Samsung desperately needed to return to its smartphone domination and increase its revenues.  Samsung built the Galaxy S6 series from the ground up – they used a solid aircraft grade aluminum frame with Gorilla Glass 4 for the display and the back of the device.  It has a premium look from every angle and is very comfortable to hold in your hand.

The Samsung Galaxy S6’s Super AMOLED display comes in right at 5.1-inches, but uses Quad HD (QHD) resolution of 2560 x 1440 pixels and a whopping 577 PPI, as opposed to the 424 PPI on the Xperia Z3.  Samsung made a bold decision in this design and dropped the Qualcomm processor altogether and opted for the in-house 64-bit Exynos 7420 octa-core processor.  It has four cores clocked at 1.5GHz and four cores clocked at 2.1GHz.  It is packing 3GB of much faster DDR4 RAM – a step up from the 3GB of DDR3 RAM used in the Xperia Z3.  It also comes with Samsung’s new, faster, UFS 2.0 flash memory offered in 32GB/64GB/128GB models with no room for expansion – a first for Samsung’s Galaxy S series, but necessary according to Samsung because of the slowness of the SD Card.

This is the best camera Samsung has ever put in a Galaxy S series device and quite possibly the best camera currently on a smartphone.  It is using a Sony 16MP sensor, autofocus, LED Flash, adds a wider f/1.9 aperture, ISOCELL technology, Live HDR shooting and OIS.  The speed of the camera itself has increased – taking only 7/10s of a second to open and be ready to shoot.  Samsung also made major changes in the FFC by increasing it to 5MP, and then added the wider f/1.9 aperture, Live HDR and a 120 wide-angle lens for excellent low-light group selfies and video chatting.  The 2550mAh battery is smaller than the 3100mAh in the Xperia Z3, but should easily get you through the entire day – the new Samsung non-removable battery can charge for up to 4 hours of usage in only 10 minutes and they also added built-in wireless charging for the first time.

The Galaxy S6 has a large speaker on the bottom of the device and it comes with a fingerprint sensor, heart rate sensor and oxygen saturation sensor.  It also has a convenient IR Blaster along with active noise cancellation.  It comes with PayPal (approved fingerprint pay) and Samsung Pay.  It is available in White Pearl, Black Sapphire, Gold Platinum and Blue Topaz.  It will be running Android 5.0 Lollipop, and is releasing worldwide on April 10.  Pricing on a two-year contract will probably be about $250, and $699 full-price. 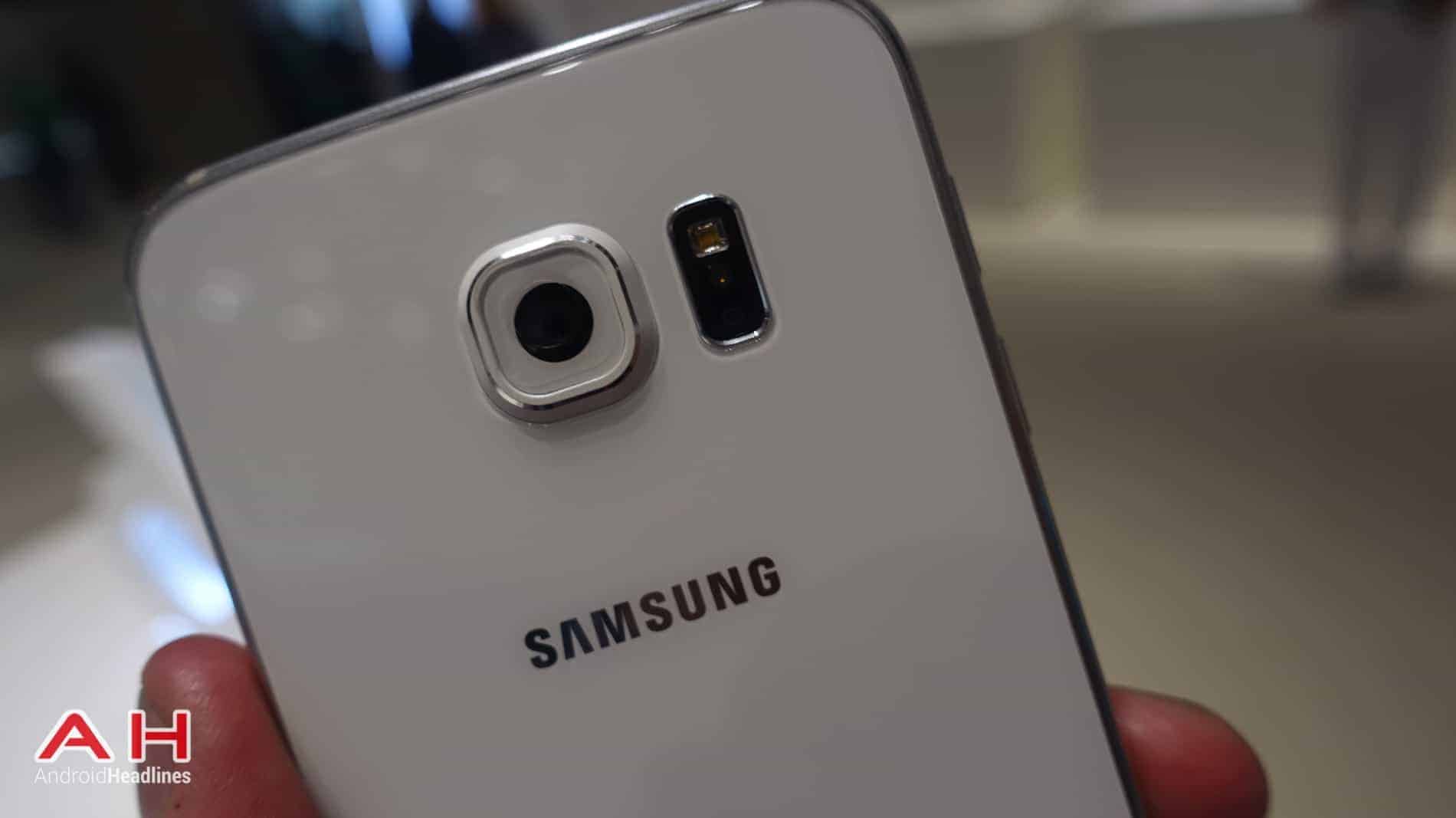 This selection can only go one way – the Samsung Galaxy S6 is the winner of this comparison.  No, it does not have waterproofing, a microSD card for memory expansion or dual front facing speakers, but what it does have is a much better QHD display, with 577 PPI versus the 424 PPI on the Xperia Z3.  It also has a 64-bit octa-core processor that is much faster than the 32-bit quad-core found on the Xperia Z3.  They both have 3GB of RAM, but the Galaxy S6 has the newer and faster DDR4 style, not the DDR3.  They both have a 32GB storage option, but the Galaxy S6 also offers a 64GB and 128GB option – true with no microSD card, but they are just not compatible with Samsung’s newer and faster UFS 2.0 Flash memory.  The battery may be smaller – 2550mAh versus 3100mAh – but it is a new battery from Samsung that can give you a four-hour charge in only 10 minutes.  With all of the power saving features found in the new Exynos processor and memory, that 2550mAh battery should still get you through the entire day.

The Sony Xperia Z3 was a fine device from 2014, but it just does not compete with the new Samsung Galaxy S6 with newer and more up-to-date technology.