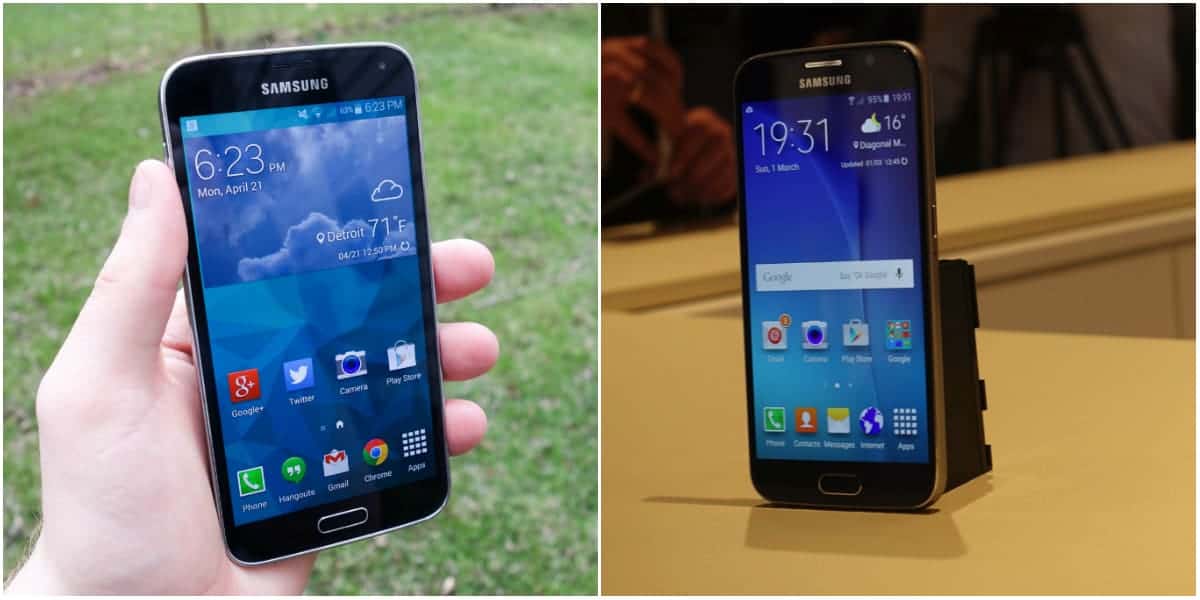 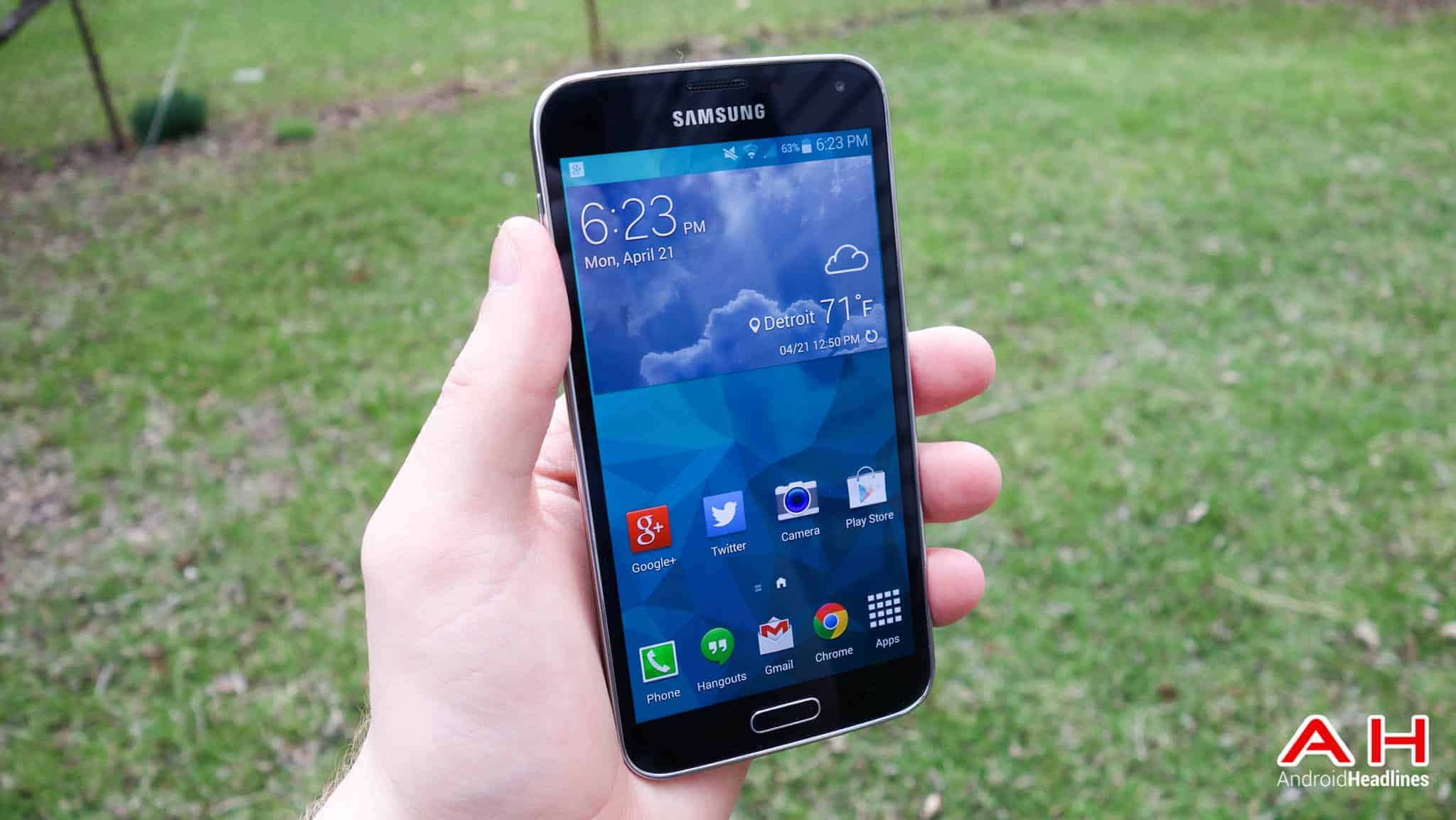 The Galaxy S5 was one of the best devices in 2015, and one of Samsung's flagships, next to the Galaxy Note 4. The Galaxy S5 is made out of polycarbonate, and it sports a 5.1-inch 1080p (1920 x 1080) Super AMOLED display along with 2GB of RAM for your multitasking needs and 16GB or 32GB of internal storage (expandable via microSD card up to 128GB). This handset shipped in two processor variant, the first model was powered by Samsung's very own Exynos 5 Octa (5422) SoC, while the second variant came with Qualcomm's Snapdragon 801 quad-core processor. On the back of this device, you'll find a 16-megapixel snapper flanked by an LED flash, while there's a 2-megapixel camera included up front. Android 4.4.2 KitKat shipped on the device originally, but it received a few updates since then. The TouchWiz UI is of course on top of Google's OS. Galaxy S5 measures 142 x 72.5 x 8.1mm and weighs 145 grams. The fingerprint scanner is a part of this package, and there are multiple color variations you can choose from. 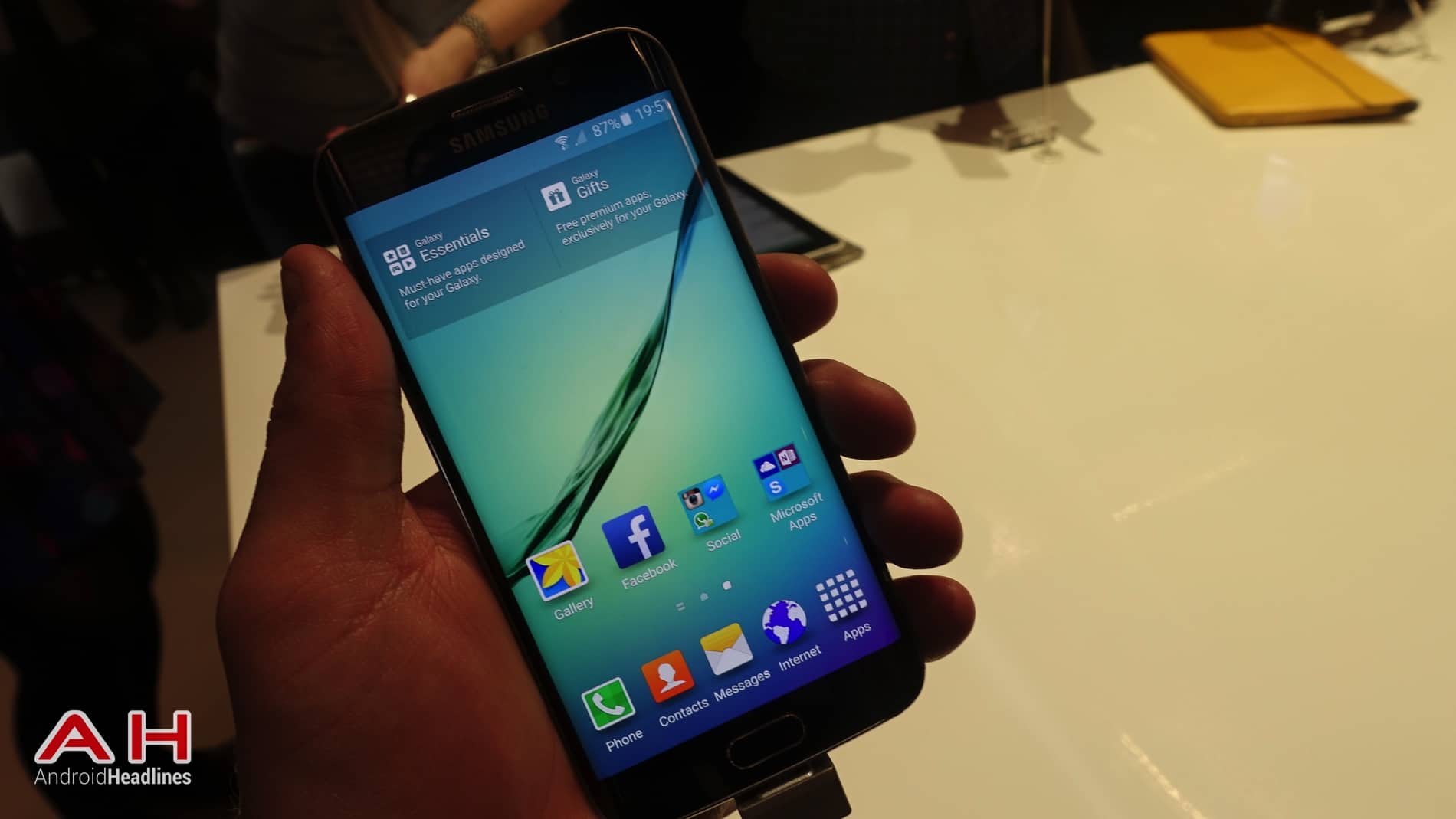 The new Galaxy S6 comes sporting the all-new metal unibody design, and features a 5.1-inch QuadHD (2560 x 1440) Super AMOLED display, 3GB of LPDDR4 RAM and multiple non-expandable storage options (32GB, 64GB and 128GB). Samsung's Exynos 7420 64-bit octa-core processor is powering on this device (quad-core 2GHz + quad-core 1.5GHz) and 2,550mAh battery comes out of the box here. A 16-megapixel snapper is located on the back of the device (OIS), and a 5-megapixel camera is available on its front side. Android 5.0.2 Lollipop comes pre-installed here with Samsung's TouchWiz UI on top of it. The fingerprint scanner is included here as well, and there are several color options available. Samsung has cleaned up the TouchWiz UI a bit as far as design goes, and you get a number of new features along with this device.

What's new? Well, the build materials are far more premium here, and Samsung definitely bumped up the specs in Galaxy S6. The device looks far more premium, includes a beautiful 5.1-inch QuadHD panel on the front side, both of its cameras are improved, you get plenty of RAM and the Exynos 7420 chip is a beast, at least on paper. Is this a significant upgrade? Well, on paper, definitely. New design and significantly better specifications will probably be more than enough for consumers to upgrade from their Galaxy S5 to this.

In the wake of their financial troubles (profit drop) in 2014, Samsung is trying out a different approach here. The Galaxy S6 is a step up in most ways, though there are still a ton of pre-installed apps on this device, and if that's what bothered you in the Galaxy S5, then you might think twice here. The fingerprint scanner is significantly improved, and works basically like a TouchID now (push-to-activate). In any case, the Galaxy S6 is a powerhouse in every way, it remains to be seen if it will be enough for Samsung to get back on the right path as far as sales go. Make sure to let us know what you think in the comments regarding all this, do you like the new Galaxy S6 and do you think it is a significant upgrade?