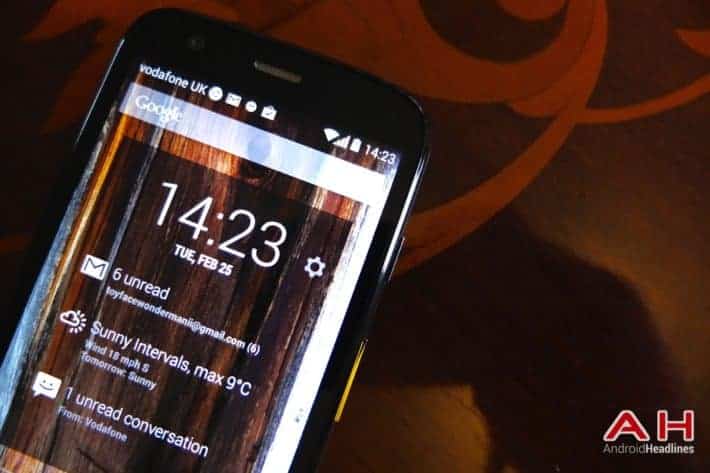 Motorola's Lollipop rollout has been something of a strange one, it started at full steam ahead last Fall with the update to the Moto X (2014) before some of Google's Nexus devices got Lollipop. Now though, things have slowed down, it's already March and not every device in Motorola's lineup has been updated to Android 5.0. Those in India have already enjoyed the update to Lollipop on the Moto G, but in Europe things have taken a little longer, especially for those with the first-generation Moto G. That's changing now though, as an update to Android 5.0.2 is rolling out across the pond in the UK starting today.

GSMArena have been passed a tip that clearly shows the XT1032 model – that's the 3G one, without a microSD card slot – being updated from KitKat to sweet Lollipop. It looks like Motorola is giving the XT1032 Android 5.0.2 and there's a software version of 220.27.1.enGB listed here. Interestingly enough, it looks like the person who got the update is currently traveling, with Mtel being a Bulgarian network. The giveaway that this is the UK update rolling out is the "TescoSL" branding applied to the version number in the second screenshot. Taking a look at Motorola's support page in the UK, the XT1032 is listed as "upgraded to the Android 5 Lollipop release of Android, pending partner support" so this could be for Tesco Mobile customers only at this point.

Hopefully, this is a sign that the update is to hit all other first-generation Moto G devices soon, including the 4G LTE version. The second-generation has already seen Android 5.0.2 roll out in the UK, and those hoping for a speedy roll out are still waiting with first-generation models. If you haven't received the update just yet, you could always try checking for a system update in the settings, or just be patient. If you're wondering just what Lollipop brings you aside from a big jump in version numbers from Android 4.4.4 to 5.0.2 you can take a look at our review here. 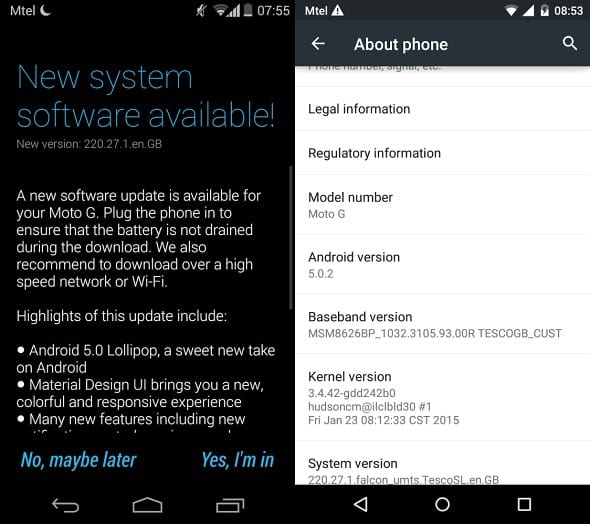