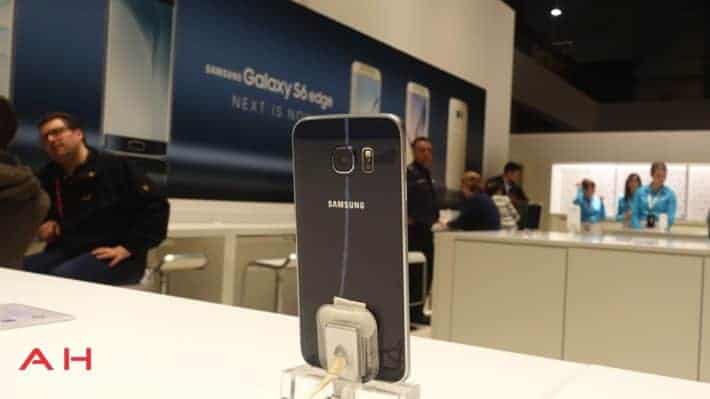 The day before MWC officially kicked off, Samsung were undergoing their bi-yearly flagship launch press event. Every year, Samsung do their Galaxy range launch at the start of year and typically followed by their Note device range launch later on in the year. As such, the latest in the Galaxy range was finally unveiled on Sunday as the Samsung Galaxy S6. That was along with the new Galaxy counterpart device, the Samsung Galaxy S6 Edge. Both devices come with 'premium' at the core, running some of the highest specs currently available mixed up with what seems to be some rather premium hardware.

In fact, yesterday, Samsung decided to give everyone a closer look at the two devices by doing their own official hands-on videos. These consisted of three videos in total with one focusing on the design, the second focusing on the hardware and the third focusing on the camera abilities of the two new S6 devices. Well, following on from this and today's S6 news is that it seems you can now take an even closer look at the two devices. Or to be more accurate, a closer read of the two new S6 devices. That is because the manuals for both devices seem to have now become available online. These are not leaked documents either but the actual manuals downloadable from Samsung.

So, if you are interested in getting to see what the manuals include and maybe spot a few new details then both the S6 and S6 Edge are available to download. Although, there seems to be a language discrepancy between the two. The Galaxy S6 manual is currently available in English, French and German and for models SM-G920F, SM-G920FQ, and SM-G920I. While the S6 Edge manual is only currently available in English and for the model numbers SM-G925F, SM-G925FQ, and SM-G925I. Either way though, be ready if you are going to ready them. They seem to be roughly 140 pages in length. You can view or download the Galaxy S6 manual by clicking here. For the Galaxy S6 Edge manual, click here. Let us know if you spot anything interesting