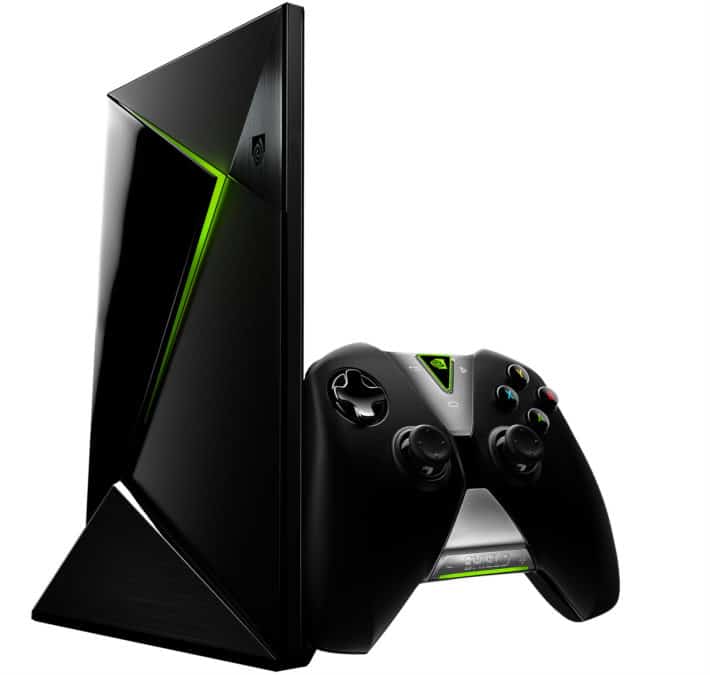 Today at the Game Developer Conference (GDC) in San Francisco, Nvidia made an announcement of a new device they are bringing to the market dubbed the Nvidia Shield. There are two important aspects to note with this device. The first is that it is Nvidia's entrance into the Android TV market and secondly, it is the world first 4K Android TV device. With such a massive resolution coupled with Nvidia's background in game processing, it should not be too much of a surprise to learn that this device will place a focus on gaming.

The Nvidia Shield comes with a HDMI 2.0 socket, two USB 3.0 (A) sockets, Micro-USB 2.0 socket and a Gigabit Ethernet socket. The Shield also has IR receiver technology built in which will be compatible with Logitech Harmony. In terms of the dimension, the Shield is 5.1 inches in height (130mm), 8.3 inches in width (210mm) and 1 inch in depth (25mm). While the unit weighs in at 654g. Of course to take advantage of the 4K resolution properly you will need a 4K compatible TV or display. It is also worth noting that the remote control will not run on traditional batteries but instead will be rechargeable via USB. In terms of price, the Nvidia Shield will cost $199 at launch and this price will include the Shield game controller. Additional accessories will include controllers, remote control and a stand which will offer the option to vertically stand the device. In terms of when, the Nvidia Shield is scheduled for a May release time.