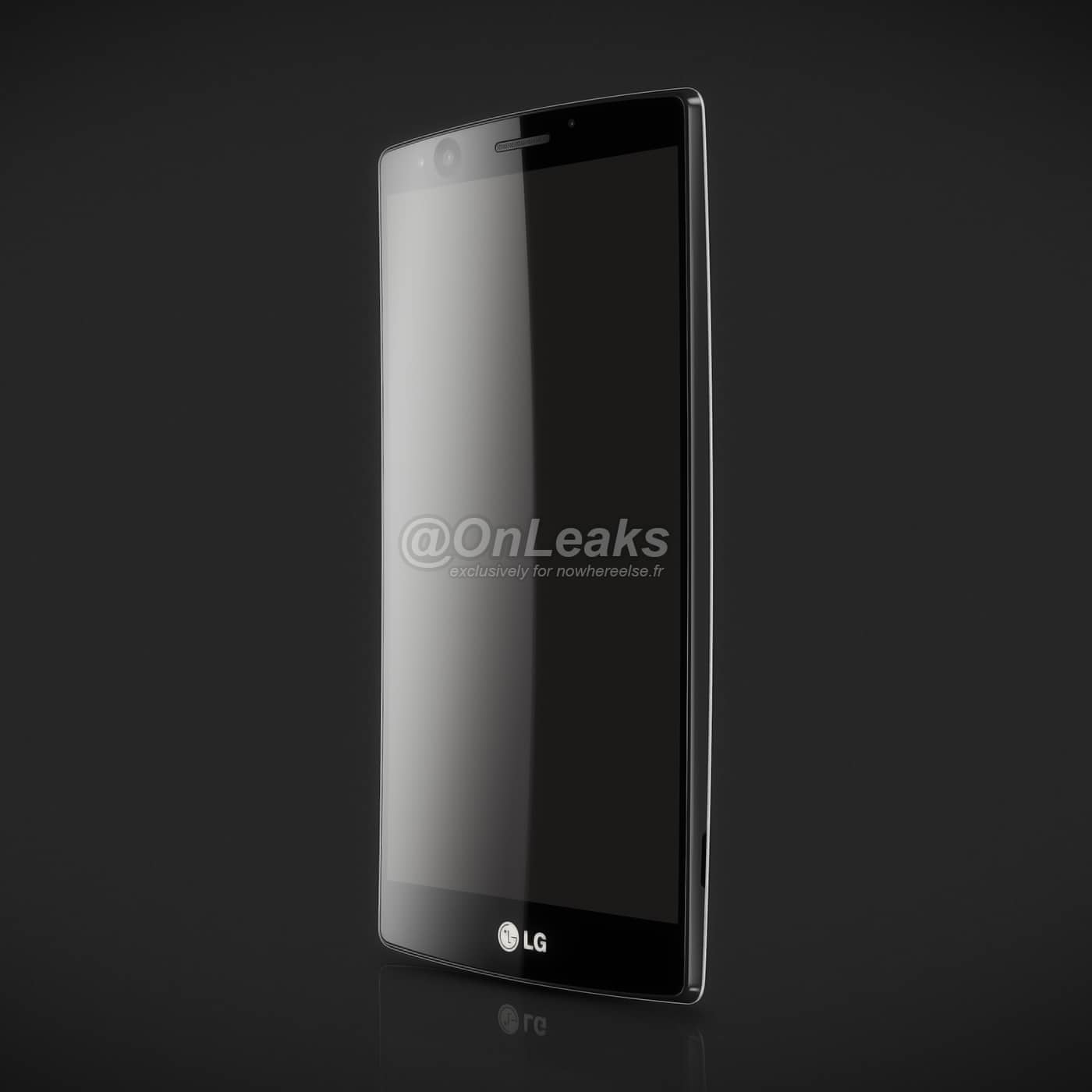 Earlier this morning, a supposed leak of the yet unannounced and yet to be officially revealed LG Flagship for 2015, the LG G4, was shown off in a press render which displayed the back of the device. We saw some familiar characteristics that we know from past LG devices, like the rear placement of the volume rocker and power buttons, as well as the laser autofocus and dual-LED flash on both sides of the rear facing camera. If the actual device turns out to be anything like this render, it may also end up with a very slight curve to it from the top to bottom edge, although not quite as curved or accentuated as the LG G Flex and LG G Flex 2.

Now some new renders have popped up showing off not only the back, but also the front and side views of the device, giving people a truer idea of what to possibly expect from LG when they launch their successor to the LG G3. When you look at the side render image, you can see more of the curve that barely appears in the image from earlier this morning which displays the back. As stated the curve is nowhere near what LG has done with the G Flex line, but it does appear to be there ever so slightly.

The front facing render shows off what we're to expect could be some very thin bezels on the sides of the device, while also sporting a new front-facing camera that shows up on the left hand side of the top edge of the screen. The renders don't show off the top or the bottom edges of the phone so we can only assume the charging port will show up on the bottom like with the LG G3, and it appears the headphone port will be present on the bottom of the device as well which was visible in the render shown off from this morning. Whether or not these are the actual press render shots is unconfirmed, but they look convincing enough to at least keep in mind. Now with the potential design being right in front of us, what all may be left to learn is pricing, official hardware and specs, and a launch date and regions.