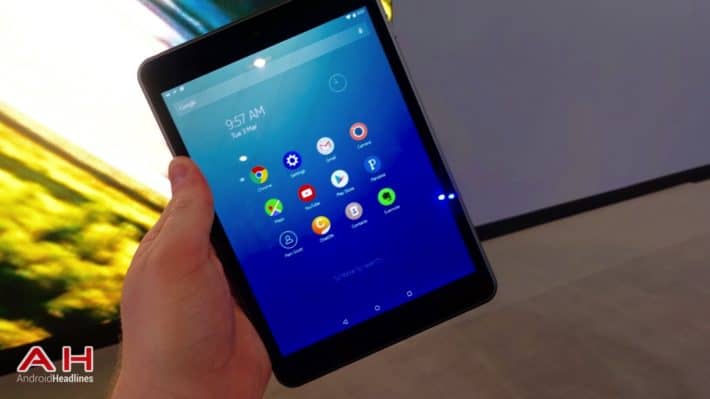 Nokia is doing rather well since they sold their Devices and Services business to Microsoft. Many people thought that Nokia will more or less disappear, but the company has hired Foxconn to build a tablet for them and released a rather capable Android-powered tablet out in the market. This thing is made out of metal and sports really solid specs on the inside, the company has launched its N1 tablet in China back in January, and held several flash sales in that Asian country. They managed to sell out everything they had at the time, and are expected to hold more flash sales in China, as well as push this tablet to other markets, like the ones in Europe.

Anyhow, Nokia has brought its N1 tablet to the Mobile World Congress (MWC) in Barcelona in order to showcase it, we paid a visit to their booth and got some hands-on time with the device itself. You'll find a bunch of pictures in the gallery below the article which will give you a good look at Nokia's tablet. The Nokia N1 comes sporting a 7.9-inch 2048 x 1536 IPS LCD display along with 2GB of RAM and 32GB of non-expandable internal storage. This tablet is powered by Intel's Atom Z3580 quad-core chip clocked at 2.3GHz which comes with a PowerVR G6430 GPU. A 5,300mAh battery is included here and should provide enough screen-on time. This device ships with Android 5.0 Lollipop with Nokia's Z Launcher on top of it, which means the tablet is basically bloat-free, which are always good news. As far as this tablet's cameras are concerned, you'll find an 8-megapixel shooter at the back of this device, while there's a 5-megapixel shooter is available up front. 200.7 x 138.6 x 6.9mm are the measurements of this thing, and weighs 318 grams.

That's it folks, the N1 is expected to hit other markets soon, we'll let you know as soon as we hear something specific regarding that. Until then, let us know what you think of the Nokia N1 in the comments.