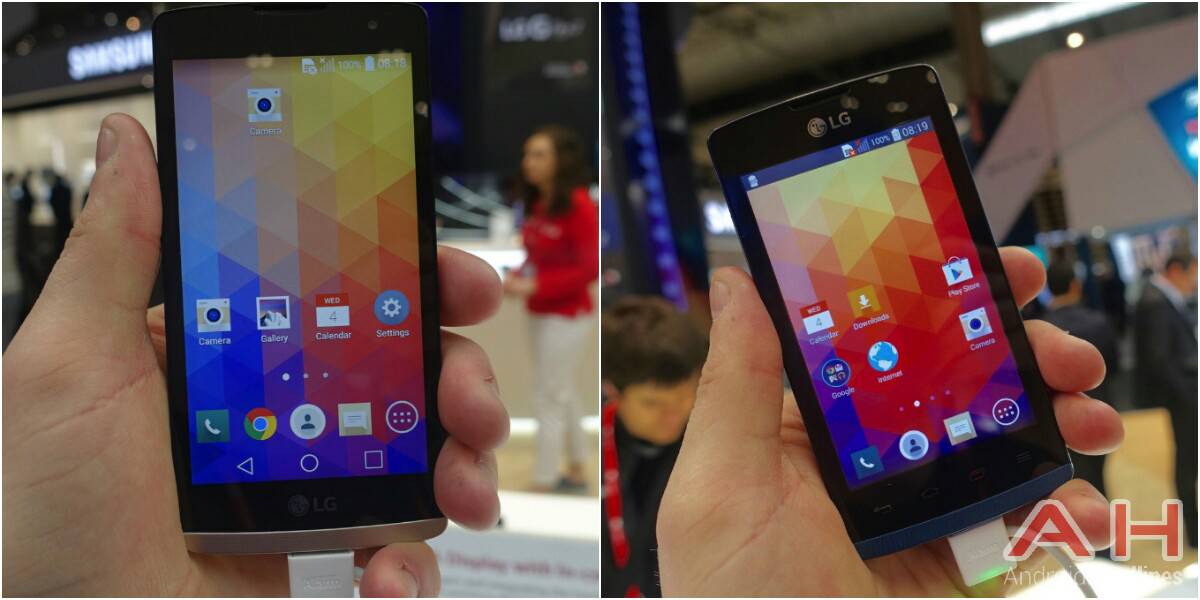 Unlike Samsung and HTC, LG did not announce the company's new flagship handset at this year's Mobile World Congress (MWC) in Barcelona. According to a bunch of reports and few indirect confirmations from LG's execs, this Korea-based company will unveil the LG G4 in April on a separate event. LG did, however, announce 4 new devices prior to MWC and is currently showcasing them at the show floor. LG has announced Magna, Spirit, Leon and Joy handsets last month. We already covered the Magna and Spirit units, we played around with those handsets for a bit, and took a bunch of images for you to look at. It's time to take a look at LG Leon and Joy.

We managed to get some hands-on time with those two handsets as well, and take a bunch of pictures along the way. The gallery below this article is full of Leon and Joy images for you to take a look at. The LG Leon is a low-mid range device, while the LG Joy definitely belongs in the low-end sector. LG Leon features a 4.5-inch FWVGA display along with 1GB of RAM and 8GB of internal storage. This handset actually comes in two variants, the 4G and 3G variant. The 4G model comes with a 1.3GHz quad-core processor and a 8-megapixel rear-facing camera, and the 3G model is powered by a 1.2GHz quad-core chip and ships with a 5-megapixel rear-facing shooter. This handset will ship with a 1,900mAh battery and Android 5.0 Lollipop is pre-installed on the inside with LG's UI on top of it.

The low-end, LG Joy, sports a 4-inch WVGA display and also arrives in two variants, the 4G variant will come with 1GB of RAM and 8GB of internal storage, and the 3G version will sport 512MB of RAM and 4GB of in-built storage. This is not the only difference here, the 4G version comes with a 1.2GHz quad-core chip, while the 3G variant will be powered by a 1.2GHz dual-core unit. Android 5.0 Lollipop comes pre-installed on the higher-end variant, and Android 4.4 KitKat is included in the 3G version of LG Joy. If you'd like to get more info about each of these devices, visit our announcement article.