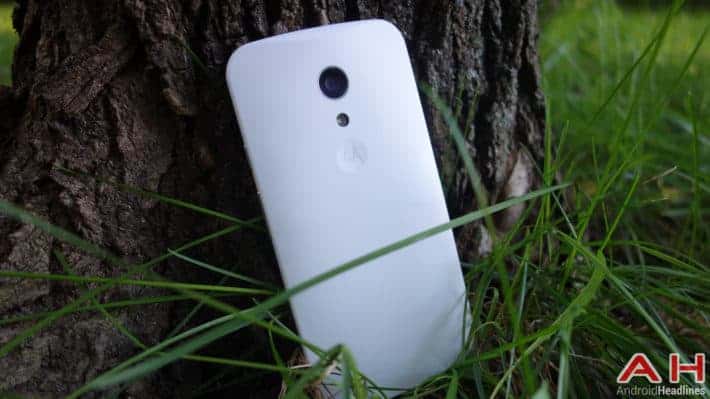 Motorola really displayed what's possible with smartphones and the combination of low-cost prices and great specs when they launched the original Moto G back in 2013. Since then, Motorola has already launched the second-generation handset as it was announced last Fall in 2014, but just like the first model it was only available in a 3G compatible variant. Motorola did confirm eventually though that the Moto G 2nd Gen. would be coming in a 4G LTE compatible model, they just hadn't listed a launch date or a specific price. As of today, Motorola has officially launched the Moto G 2nd Gen. with 4G LTE support in the UK, and it will only cost consumers in the region £159.

This is great news for UK consumers who are looking for a budget minded handset where they don't have to compromise on the hardware or specs. All that, plus now they have the ability to use this superior budget handset while using blazing 4G LTE data speeds. It's great to see Motorola launching the LTE model of the Moto G, especially since consumers have been nearly begging for it. The downside is that there is no US release of the 4G LTE model of the Moto G 2nd Gen. in the foreseeable future. According to a Motorola PR rep we spoke with earlier, the Moto G 2014 LTE model has been confirmed as not coming to the U.S.

What wasn't specified was whether that means it's never going to see a U.S. based launch or whether that simply means Motorola has no current details to share on when it will launch in the states. Lack of 4G LTE for the U.S. version aside, the Moto G 2014 is a solid piece of equipment. The lack of LTE will also only affect those who are more consistently using the data on their devices while connected to their cellular network as opposed to WiFi where they'd likely be getting faster speeds than LTE anyway, depending on the internet provider and the package they're subscribing to of course. For residents in the UK, if you're looking to grab the Moto G 2014 LTE you can do so from Motorola's website officially as of now. All you need is £159.