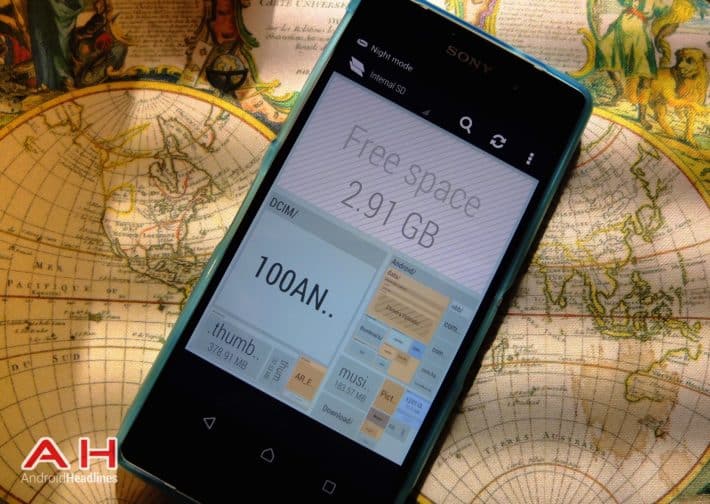 For a long time, we've been looking at which apps and what sort of content use up the storage on our device's in the same old way, that being the age old file explorer look and feel that's been carried over from Desktop PCs. A lot of users simply head on over to their system settings, which on Android isn't the most helpful way of showing you which app or game takes up the most. Or at least it isn't that helpful to those that don't know how many megabytes are in a gigabyte, at least. Memory Map is a fresh look on how much data certain apps and content take up on your device.

The app shows data usage through a map of sorts, giving larger chunks of data more room in the map. My memory map for instance is mostly taken up by the photos still on my device, this is represented by the 100ANDRO folder which is Android's strange way of labelling its camera storage. Taking a look elsewhere at my memory map I managed to see that thumbnails from Dropbox were taking up roughly 350MB or so, I no longer need these and I was able to remove them through the app. It's a refreshing way of interacting with the data on your Android smartphone or tablet, and it's nice and obvious to those not so tech savvy. If a folder is taking up more space on your SD card or internal storage, then it's given more space on your memory map, which is much easier for the average user to understand.

The app is free to download, with ads that are removable should you choose to pay a small fee. You can manipulate data here as well, you can delete large chunks and you can also get more info on how many files are within a folder and how much space exactly it's using up. It's a refreshingly simple look at how content like photos and videos are taking up space on your device. You can take a closer look in the gallery below and download Memory Map for yourself here.