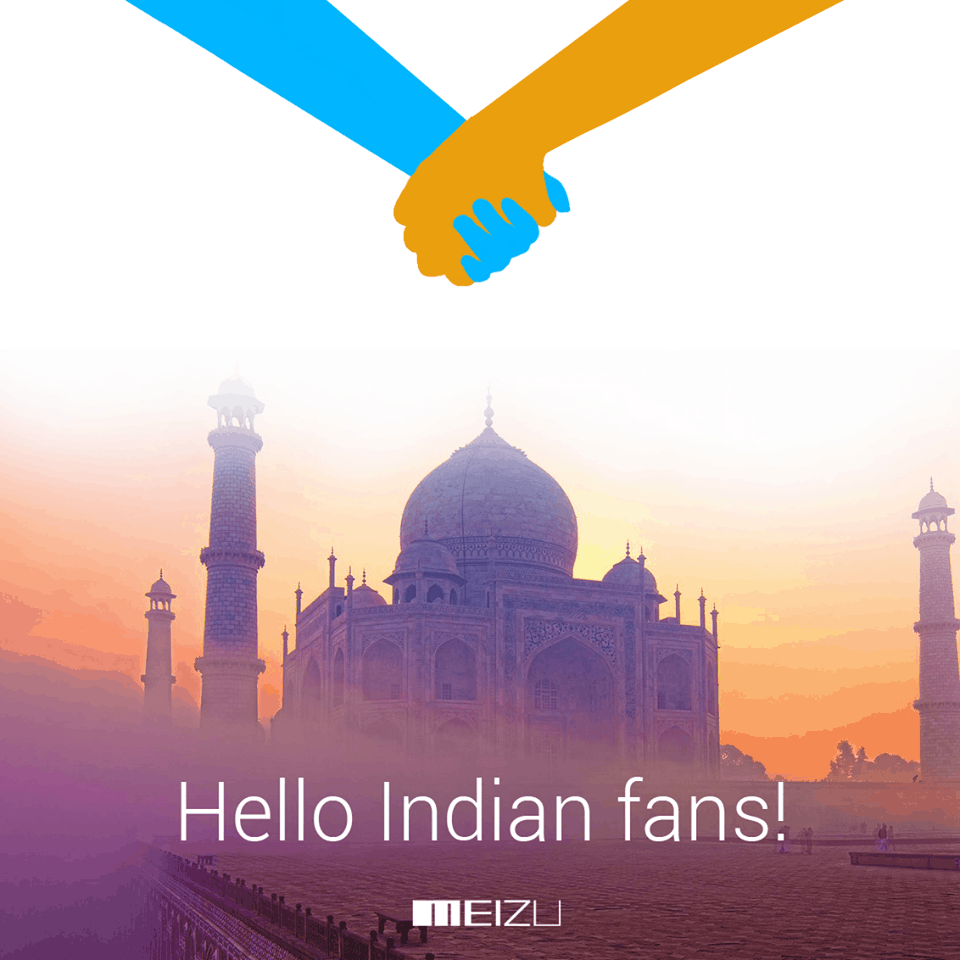 Meizu is one of the most interesting and most talked-about Chinese smartphone manufacturers lately. This company gained a lot of publicity last year when they released a couple of well-built and overall solid smartphones, which carry a quite affordable price tag as well. Meizu has released MX4 and MX4 Pro high-end devices, and a couple of mid-ranger, the M1 and M1 Note which we recently reviewed. This company has teased the international availability of the aforementioned M1 Note handset quite recently, and it seems like the company is about to offer some of their devices outside of China soon.

The company has posted an interesting teaser on their official Facebook page. As you can see, this China-based company is teasing their arrival to Indian market. "Greetings to all the Meizu fans in India. We are coming," says Meizu's tweet, and the company also attached an image to go along with the announcement. This is all the info we have thus far, it remains to be seen which devices will Meizu offer in India though. The M1 Note will quite probably be one of the devices that will be offered first in India, taking into account recent teasers and what not. The M1 Note is a mid-range handset which features a 5.5-inch 1080p (1920 x 1080) display, 2GB of RAM and is powered by MediaTek's octa-core processor. This handset also features a 13-megapixel camera on the back, and ships with Android 4.4 KitKat pre-installed with Meizu's very own Flyme UI on top of Google's operating system. Check out the aforementioned review for more details.

It will be interesting to see what will Meizu's price model be in India, will their devices be much more expensive than in China or not. Meizu will probably partner up with an Indian e-retailer in order to sell their devices, just like Xiaomi did for example. Flipkart and Snapdeal are both possible and probable choices. Either way, Meizu will announce additional details really soon judging by this teaser, so stay tuned, we'll report back as soon as we get additional details regarding all this.