Many of you that own an iPad or have a friend with an iPhone (it's okay, you can admit either, or both) might have heard of Meerkat, the new app that's been bringing live video to Twitter. It's been quite popular recently, but the problem is that it's only available on iOS. Android users will remember the wait they had to endure in order to get their hands on Instagram here, but it looks like Meerkat could be available sooner, rather than later. A lot of the time, these small companies that have just started choose iOS over Android simply because they have more experience with that environment. Times have changed since Instagram came to Android, and there are now more Android devices out there than iPhones (depending on who you ask, of course).

The Meerkat team is clearly looking ahead to Android support and over the weekend they released Meerkat-Unofficial, a misleading name for something that was produced by the same dev team, but the 'unofficial' part is basically to set it aside from the Meerkat app running on iOS. That, and this version of Meerkat currently misses a pretty big feature right now; the ability to actually broadcast video. Instead, you can simply watch mrk.tv links you'd see in your Twitter feed. This is obviously progress, and we're sure the team is working on something a little more advanced. We can think of this as a sort of test for the app right now.

So, right now you can't share your own events, talks, videos or that sort of thing, but you can at least join in the fun. This is a pretty decent turnaround from the team, even if this is just a test version. Android is an important platform for anyone these days, and once the team behind Meerkat get their head around Android's intricacies, we should see a full version of Meerkat hit Android soon, we hope. For now though, those interested can download the app from the Play Store. 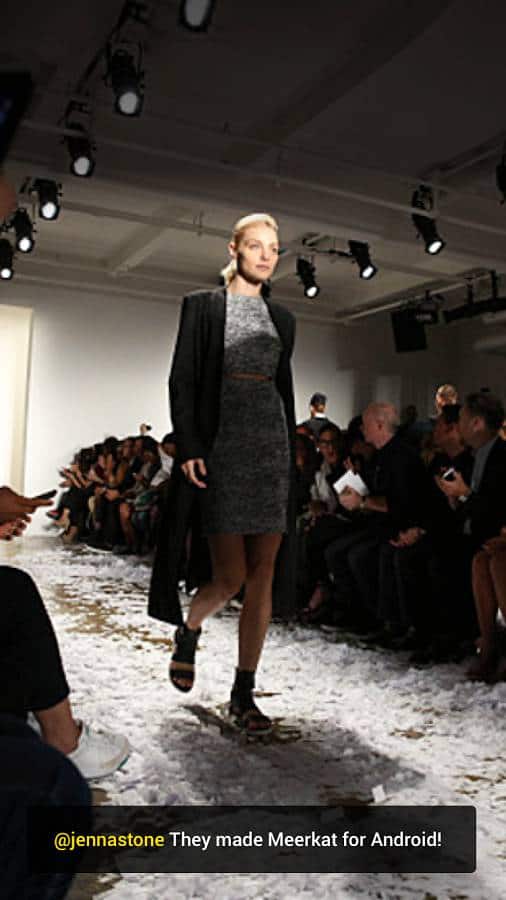 Sponsored Video
Advertisement
Trusted By Millions
Independent, Expert Android News You Can Trust, Since 2010
Publishing More Android Than Anyone Else
27
Today
170
This Week
627
This Month
1300
This Year
111409
All Time
Advertisement