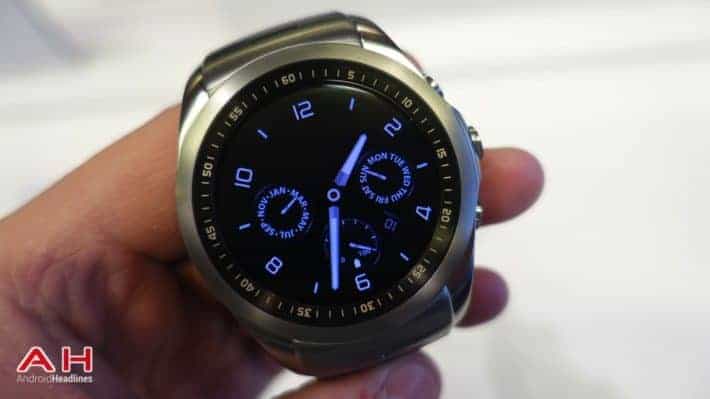 The recently announced LG Watch Urbane LTE to much fanfare. The watch is impressive and as LG pointed out, it is the first watch to support LTE. The watch is made of stainless steel and features a circular display that takes up a cool 1.3 inches of wrist real estate. It piqued the interest of many in the wearable market and has made the wish list of many around the world. Well, it looks like the folks in South Korea will not have much longer to wait.

LG has announced that the LG Watch Urbane will land on the wrist of buyers in South Korea as early as this Friday, March 27, 2015. The SIM card supporting LTE watch will set those of you in South Korea back around 650,000 KRW, which is about $590 here in the United States. That price is a bit on the high side compared to other watches in the wearable market space and more than the recently announced Apple Watch. But this price is not so bad when you consider that unlike the other wrist adorning timepieces, this one is a working phone and can make calls with no smartphone required. You can, of course, pair it with an Android phone running KitKat 4.4+ via Bluetooth 4.0.

Along with its stainless body, and 1.3 inch P-OLED display, the watch packs 1GB of RAM with 4GB of onboard storage, a Snapdragon 400 processor and is powered by a 700 mAh battery. The watch also features WebOS instead of Android Wear, as well as a host of radios and sensors such as Wi-Fi, the previously mentioned Bluetooth, and heart-rate monitor for health and fitness. It also has NFC, which can be used for payments at brick and mortar stores around the world. It also has GPS that can be used for various navigation purposes as well as to keep track of distance for fitness applications. The watch is IP67 dust and water resistant, so no need to worry about your watch getting ruined in the rain.

There was no word on when the watch would be released to other countries. It makes sense to release this timepiece in South Korea since it is LG's home country. But you can be sure it will not be long now until this fine watch lands on the wrist of other consumers in other parts of the world. Until then the rest of us will have to look at consumers in South Kora with envy until we can get our hands on the timepiece. Will you be purchasing the LG Watch Urbane LTE when it comes to your country? Let us know on our Google+ Page your thoughts on this watch.