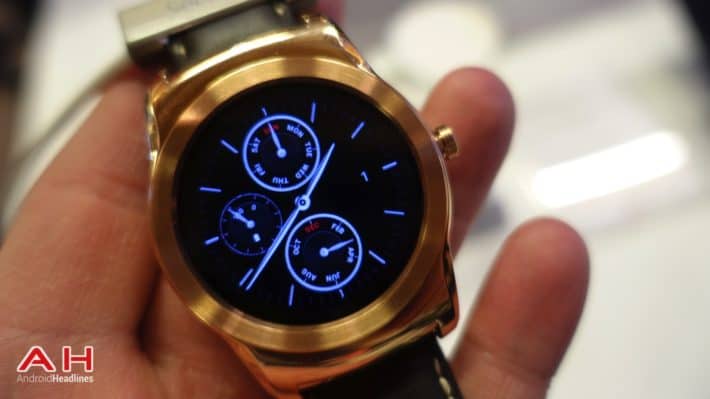 LG has been in the smartwatch game since the original debut of Android Wear early last year.  The pair of watches shown off were of course the round, premium Motorola Moto 360 and the cheaper, plastic square LG G Watch.  Not content with being labeled a cheaper OEM in the fledgling smartwatch market LG had a trick up its sleeve with the LG G Watch R, which launched just a few months after the original G Watch and featured a premium round build with a more sporty look than that of the Motorola Moto 360.  The best part about both of these watches is that they look very different from one another but run the same operating system, Android Wear.

Android Wear works as the perfect companion to the smartwatch, allowing for plenty of different actual designs and customizations to the look, while still retaining a base level of functionality that's familiar.  It also allows for easy pairing of multiple devices so you can switch between watches at a moments' notice.  LG is taking this into account by releasing a third smartwatch, this time aimed at the super premium segment of the smartwatch market. No, we're not talking the astronomical and comically ridiculous price of the Apple Watch, rather something a little more reasonable like £299.99.  The more premium priced segment of the Android Wear market seems to be appearing as the platform matures, with the one-year anniversary of the platform launching not one, but two smartwatches in this segment including the Huawei Watch.

In this latest LG ad for the Watch Urbane LG shows off the watch and a handful of different interchangeable bands as well as a few different watch faces.  LG's newest watch exudes a premium look and feel and would go well with any suit or sports car, and these new watch faces and bands fit with that image.  Those looking for more options like LTE connectivity and offline GPS navigation would probably be better suited with LG's other new watch, the Watch Urbane LTE, which was recently launched in South Korea.  There's still no official release date for the regular Watch Urbane, and this video doesn't shed any more light on that mystery, but with more promotions ramping up like this the release must be pretty soon.