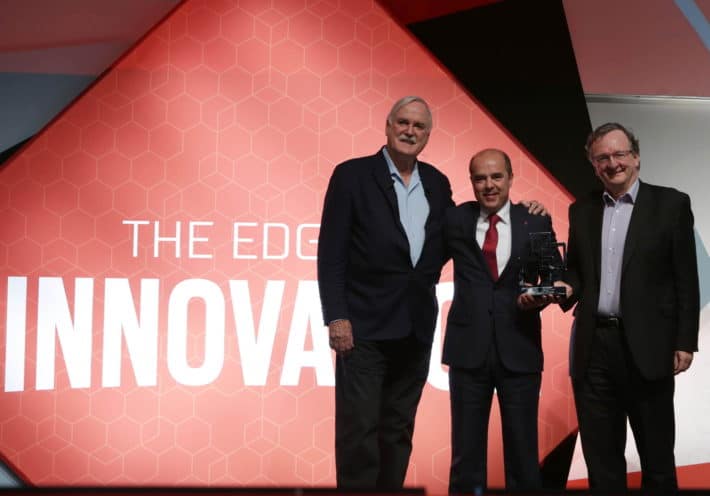 LG may not have announced their new flagship device at Mobile World Congress, but that didn't stop them from taking home some pretty impressive awards. For starters, the LG G3 was named Best Smart Phone of the Year by the GSMA at the Global Mobile Awards that were held during Mobile World Congress. According to GSMA, the LG G3 won due to, "its quality, variety of useful features and ease of use." Juno Cho, president and CEO of LG Electronics Mobile Communications Company said, "We are honored that so many organizations recognized the effort that went into developing the LG G3 and Urbane smartwatches."

The LG G3 has been a successful phone for LG. According to a press release, it is carried by over 170 partners globally and the company cites the LG G3 as the catalyst behind a 16 percent increase in its global revenue. The GSMA noted the LG G3s easy-to-use interface, quality specs including its Quad HD screen, its innovative camera that has a 13-megapixel shooter complete with OIS+ and Laser Auto Focus. They also pointed out the G3's Smart Keyboard, Gesture for Selfie, Flash for Selfie and its Knock Code feature as strong reasons why the LG G3 was chosen as the winner.

LG is set to announce the upcoming LG G4 sometime in the latter half of 2015. They have also hinted that they will be releasing a second line of premium phones that will supposedly rise above the G line of smart devices. If these devices turn out to be as popular and as innovative as the LG G3, then we can expect to see more awards coming to LG in future mobile events, and maybe even next years Mobile World Congress. We will have to wait and see what LG has in store for us, if it manages to be a success such as the LG G2 and LG G3 have been, we may be in store for a treat.