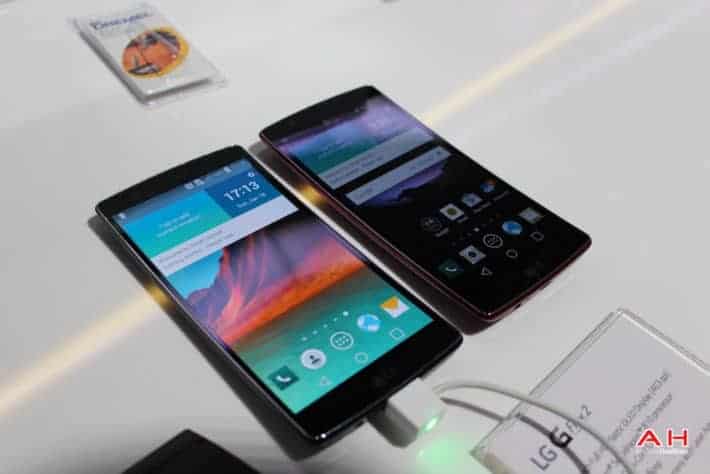 During CES 2015 back in January, LG were one of the few big names that had a smartphone to show off to us, and what a device it was. The LG G Flex 2 might not be to everyone's taste, but it's hard to deny LG have a compelling device on their hands. This time around, it's smaller, more flexible and looks great in that shiny red color. The original G Flex was an interesting device, as we discovered in our review, but it wasn't available everywhere throughout the globe. Those across the pond in the UK for instance didn't see a general release of the G Flex, however the G Flex 2 is proving easier to get hold of. Vodafone UK has reached out to us to let us know that the G Flex 2 is available starting today.

Vodafone's website says the new device is ready to be delivered within 2 – 4 working days of placing your order and plans start from £44.50 with a free phone. The contracts and prices that this is available on aren't exactly great value for money, but for one of the first devices to go on sale with a Snapdragon 810 and a curved display, this isn't too expensive. All-in-all, the G Flex 2 is an intriguing device that UK buyers will be able to get their hands on before the Galaxy S6 Edge arrives later this year, and it'll certainly start conversations with friends and family. We went hands-on with the G Flex 2 during CES and you can see more of the device here.

Those that sign up for a Vodafone 4G plan will be able to choose from Spotify Premium, Sky Sports Mobile TV or a NOW TV Entertainment Pass and the first 500 that placed an order will be getting a free G Watch R thrown in. It doesn't look like Vodafone is going to be offering the G Flex 2 on Pay as You Go tariffs, and neither Clove nor Expansys have outright prices for the device listed, so we might have to wait a little while for unlocked devices to hit the market. In the meantime, those interested in signing up to a new contract or upgrading with Vodafone can check out the source link.