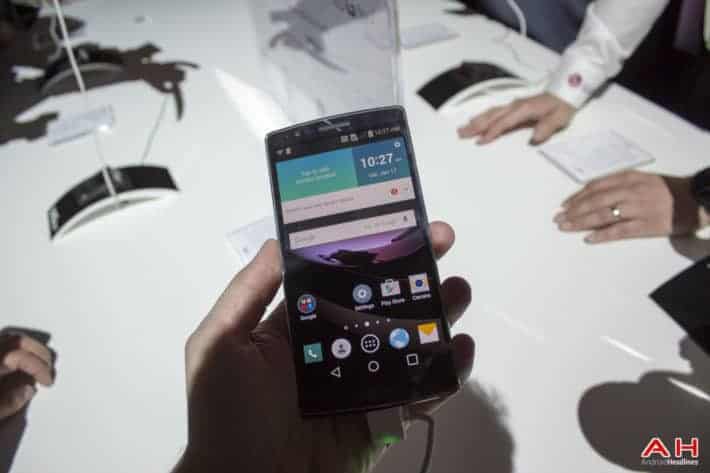 Looks like we're getting more carrier availability for the LG G Flex 2. Sprint has already begun selling the device, and now we have US Cellular starting to sell it on Thursday. March 26th is when the nation's fifth largest carrier will start selling the device. It'll be on sale for $149 on a new two-year contract. If you don't want to sign up for another two years, you can grab it for $630, or pay $0 down and $31.50 per month for 20 months. Lots of options available here. However, US Cellular will only be launching the device in the Platinum Silver color, as Sprint does have exclusive rights on the Volcano Red color in the US.

As far as we know, only Sprint, AT&T and US Cellular will be carrying the phone. Sprint already has theirs up for sale, and AT&T hasn't said a word yet. On their site, it's still listed as "Coming soon". Hopefully it comes sooner rather than later. This is LG's second attempt at a curved smartphone. The original LG G Flex received mixed reviews, as you'd expect. Seeing as it is a curved smartphone, but the LG G Flex was also a 6-inch device. While LG did slim down the LG G Flex 2, over it's predecessor, it is still curved and flexible. Early reviews were not kind to the LG G Flex 2 though.

The LG G Flex 2 does have a 5.5-inch 1080p P-OLED display, along with the Qualcomm Snapdragon 810 chipset, 3GB of RAM along with 32GB of storage and a 13MP camera with OIS+. LG did redesign the back buttons on the LG G Flex 2, to make them a bit more comfortable to use. LG also continued their work on the self-healing back, which headlined the features of the LG G Flex. Basically if you take your keys and scratch up the device, it'll heal up in a few seconds and you'll never know you got it scratched up. Which is pretty neat. Really excited to see how LG continues to work on the self-healing in the future, as many would like to see that on the front of the device as well.