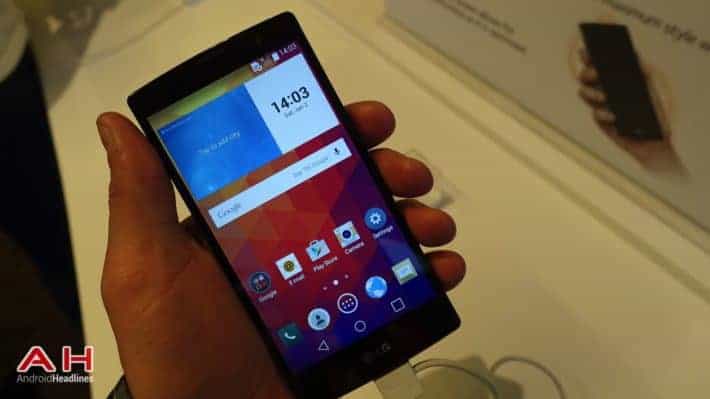 LG is no stranger to the wider smartphone market, and that includes mid-range and budget-minded handsets that offer a similar experience as their G line of flagship devices but at a much lower price. This year, during Mobile World Congress, LG announced a handful of new mid-range Android smartphones, dubbed the Magna, Spirit, Leon and Joy. Sharing common DNA with other LG smartphones and tablets, these latest mid-range devices from LG feature similar software features and a common design between them. Now, LG has got in touch to say that the company is starting the global rollout of these mid-range Android smartphones, starting in South America and then heading to Europe, Asia, Middle East Africa and North America.

As far as specifications go, LG is shipping three of these devices – the Magna, Spirit and Leon – with 4G LTE support while the Joy only supports 3G networks. Starting at the top of the ladder, the LG Magna features a 5.0-inch display with a 1280 x 720 display resolution, a rear-facing 8-megapixel camera and a 5-megapixel front-facing camera. It's powered by a 2,540 mAh battery and there's a 1.2 Ghz quad-core CPU under the hood with 1GB of RAM and 8GB of expandable storage. The LG Spirit specs are much the same, but it's a little smaller with a 4.7-inch display at 720p again, and there's also 8GB of expandable storage and 1GB of RAM here as well as the same 8-megapixel rear-facing camera and 5-megapixel front-facing camera. In the Spirit there is a slightly smaller battery at 2,100 mAh, but there's still a 1.2 Ghz quad-core CPU. You can take a look at our hands-on with the Magna and Spirit here.

Meanwhile, the Leon and the Joy are less exciting, with the Leon sporting a 4.5-inch 854 x 480 display, a rear-facing 8 or 5-megapixel camera (depending on the market) as well as 8 or 4GB of expandable storage with either 768MB or 1GB of RAM, again depending on market. The Leon is powered by a 1,900 mAh battery and features a 1.2 Ghz quad-core CPU under the hood. Rounding out the pack is the LG Joy, a small, 4.0-inch 800 x 480 device powered by a dual-core CPU, a 5-megapixel rear-facing camera and a VGA front-facing camera. Again, this features a 1,900 mAh battery, but disappointingly just 4GB of expandable storage and 512MB of RAM. We went hands-on with the Leon and Joy during Mobile World Congress.

None of these phones are particularly that exciting, but we need to remember that these devices are destined to go on sale in emerging markets and elsewhere as more budget-minded handsets. In that regard, these specs could be worse and at least 75% of the lineup features 4G LTE, giving users fast wireless speeds anywhere they might be. With expandable storage and fairly large batteries, these devices could present themselves as excellent value for money. Right now, there are no concrete prices, but these will be announced per region closer to their launch.