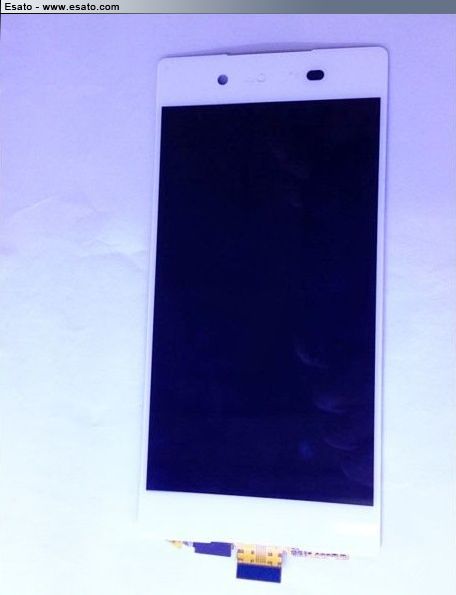 Every year we get used to the same old dance when it comes to Sony smartphones; we see Sony announce some new product and then we start to hear rumors about the next Xperia Z flagship. Considering Sony likes to release two flagships each year, for whatever reason, we've become accustomed to incremental improvements. The Xperia Z2 and Xperia Z3 were essentially the same device with tweaks to the display, camera and slight changes to the overall design. As such, we're expecting big things for the Xperia Z4, at least where specifications are concerned at least. We've heard quite a bit about the Xperia Z4 already, and with the recent announcement of the Xperia Z4 Tablet it looks like Sony is ready to embrace Quad HD displays.

Last year's Xperia Z2 and Xperia Z3 were both devices with 5.2-inch 1080p displays. If this latest leak, which comes in the form of an Esato forum member claiming to have information from a parts supplier, is to be believed then a 5.2-inch Quad HD display at 2560 x 1440 is on the cards for this year's model. According to the leak, these images come from a phone repairer that happens to have images of the Xperia Z4 digitizer, which is essentially the touchscreen of the device. We wouldn't be surprised if this year's Xperia Z4 would feature a Quad HD display, after all it's the logical progression from devices with 1080p displays, and it's certainly where the market is headed.

As for what's on the inside, we're expecting a Snapdragon 810 and 3GB of RAM along with a new camera sensor from Sony, the IMX230, rather than the ageing sensor used since the Xperia Z1. Just when this latest Sony smartphone is to be launched is still unclear, especially considering they didn't do so during Mobile World Congress. Sony usually releases a device for the first half of the year, and another for the end of the year, so we'd expect a launch sooner rather than later, but no matter when it launches, we'll be here to offer all of the news.