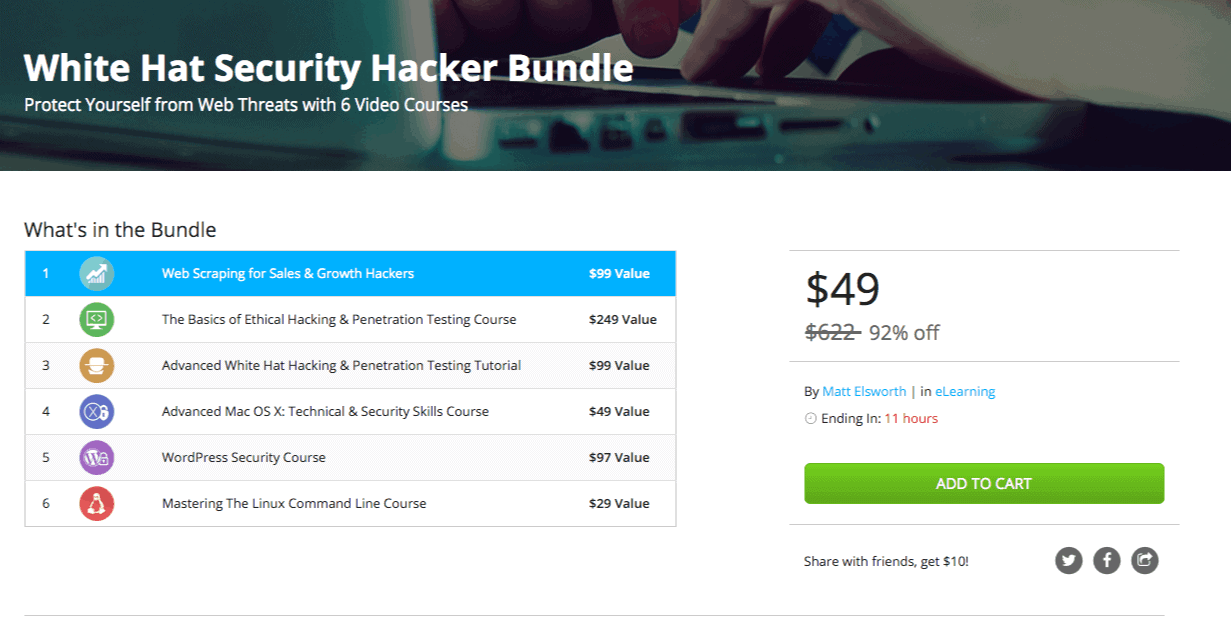 So you fancy yourself someone handy with code, someone that knows their way around a command line and beyond? Well, the White Hate Security Hacker bundle is for you, and right now it's just $49 on the Android Headlines store. That's a whopping 92% off of its original price tag, and a serious reduction no matter how you look at it. So, just why would you want a bundle like this? It's full of advanced courses and guides to make the most of your technical knowhow.

In terms of more casual endeavours, there are courses included for mastering the command line in Linux (speaking of the command line, I miss it a lot after switching to Mac from Linux) as well as advanced skills for Mac OS X. There are also courses and guides included to help keep your site secure online, with a WordPress Security Course as well as the Basics of Ethical Hacking to get yourself familiar with vulnerabilities and that sort of thing.

This isn't a pack for the casual user, it's for those that want to do more with their time, make the most of their techie knowhow and generally enjoy being 'good at computers'. It's a great bundle, and right now it's just $49, but this is your last chance to grab it as it expires tomorrow. Take a look here and be quick!