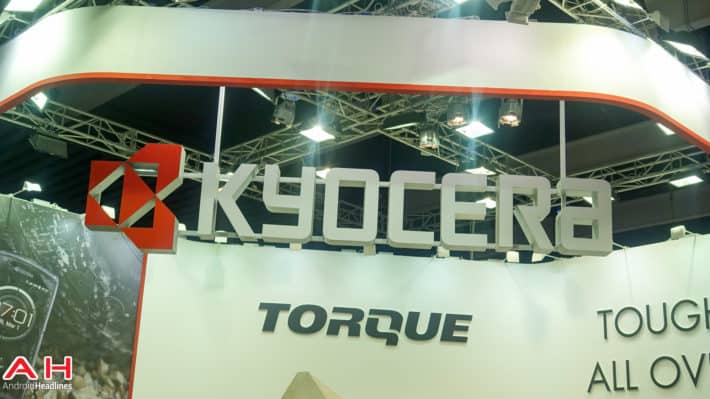 Kyocera is one of those manufacturers who do not make your typical smartphone. Instead of focusing on the highest of specs or the most sleekest and attractive designs, Kyocera more often, focus on devices that are built to last and built to take a pounding. Take the Kyocera Torque smartphone, which this month saw its release in Europe. This is a super rugged smartphone and one which the manufacturers claim can even withstand being run over.

However, their focus on durability does not stop at the hardware. The company also look to manufacture devices which can offer increased battery life, advanced power saving and a bunch of sensors. Everything you would need to be out in some serious conditions and still have a device which can function properly. In fact, in terms of their ‘durable software’, it was recently reported that Kyocera was being sued by Microsoft for infringements of allegedly a number of their patents.

Well, the latest from the rugged and durable manufacturer, is that they have teamed up with SecondWave recycling to offer deployed military personnel the ability to call home. The way it works is users who have old mobile phones that they no longer want, can recycle the phones and help to generate free call time for soldiers. According to the release (source link below) for every four phones recycled, a donation of $1 will be given to Cell Phones For Soldiers, who offer free calls to active military members. Although $1 might not sound like a lot, it is worth noting that it is claimed this is the equivalent to thirty minutes talk time for the soldiers and Kyocera do have some prior experience of generating call time in the past with the press release noting “Kyocera already has provided more than 50,000 minutes of long-distance service to date through past recycling programs“. In terms of recycling old phones, there is no cost to the phone-giver. Those who want to provide their old handsets can do so by printing free shipping labels. Not to mention, Kyocera will also provide shipping containers to those who need them. If you are interested in taking part then you can read the details in full by clicking the source link below.