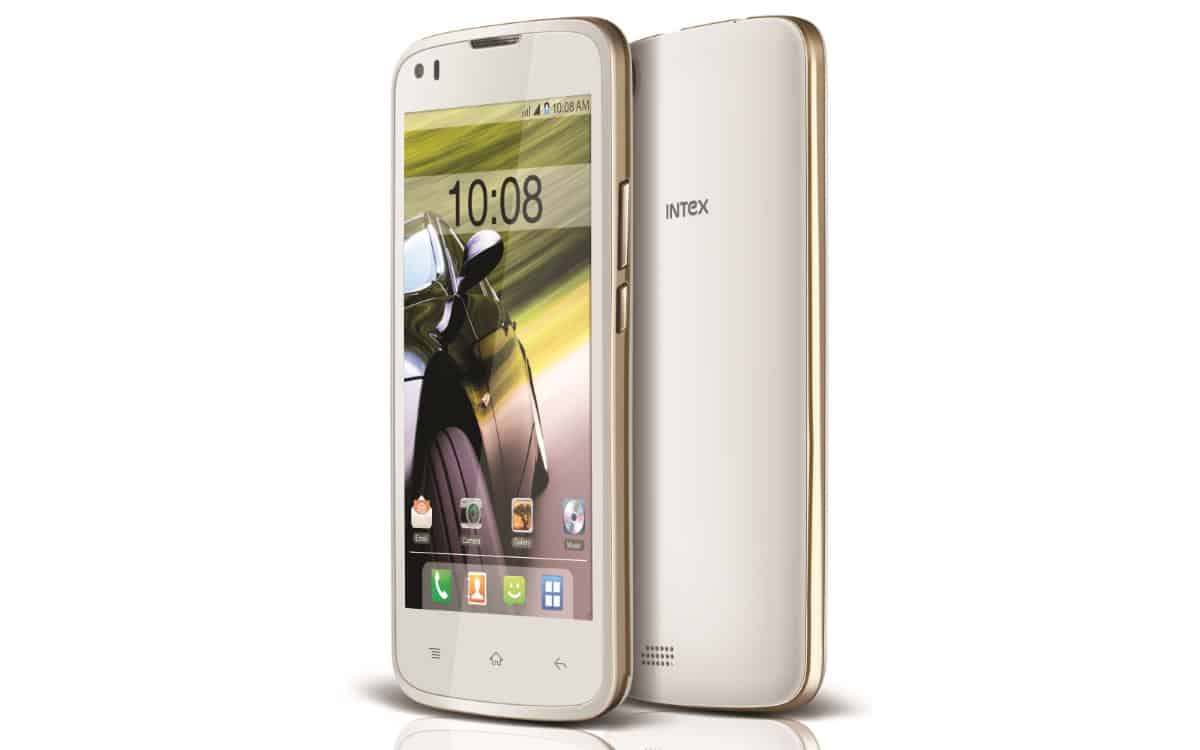 Major Indian smartphone and electronics manufacturer Intex have announced and launched a new Android smartphone, the Intex Aqua Speed, as part of the Aqua range. The Aqua Speed is based around a 4.5-inch, qHD (or 540 by 960 pixel) resolution display and a 32-bit, quad-core, 1.3 GHz MediaTek processor, closely related to the processor as used in Android One devices. However, Intex have doubled the RAM compared to Android One smartphones and the Aqua Speed has 2 GB plus 16 GB of internal storage. There is a 8MP rear-facing camera and a 5MP front-facing camera. As with many Indian Android device, the Aqua Speed has dual SIM support. The device uses a 1,700 mAh battery, which is a little smaller than we might otherwise expect given the rest of the specification although it does help to keep the device weight down, which is just 120g. Intex have launched the device running Android 4.4.2 Kit Kat but explain the device will be upgradeable to Android 5.0 Lollipop, but do not give an exact schedule for the time horizon.

It appears that the device focus will be photography as Intex have included several camera enhancement technologies including Panorama, Live Photo and Gesture capture modes. The Aqua Speed is for sale at a price of INR 7,444 or approximately $120. Intex's Business Head of Mobiles, Sanjay Kumar Karilona, said this this on the new handset: "The Aqua Speed is a bundle of technically adept and economically luring smart phone happiness. As a smart phone company, we realize the importance of creating a smartphone that translates into an unforgettable experience. With the launch of the Aqua Speed, we intend on giving our users such a privilege."

Although Intex have an extensive local distribution network (over 1,100 distributors and more than 50,000 dealers across the country), the Aqua Speed will initially only be available as an exclusive from eBay India. It'll be available in four colors, White, Grey, Coffee and Black, and the back panel will come with a Sandstone finish, which makes the handset resistant to fingerprints and smudges.

What do you think to the Intex Aqua Speed? Moving from 1 GB to 2 GB of RAM should make a noticeable improvement in performance and allows web pages and applications to remain open for longer in the background when multitasking. The promise of Lollipop to follow soon is also enticing. Let us know in the comments below.