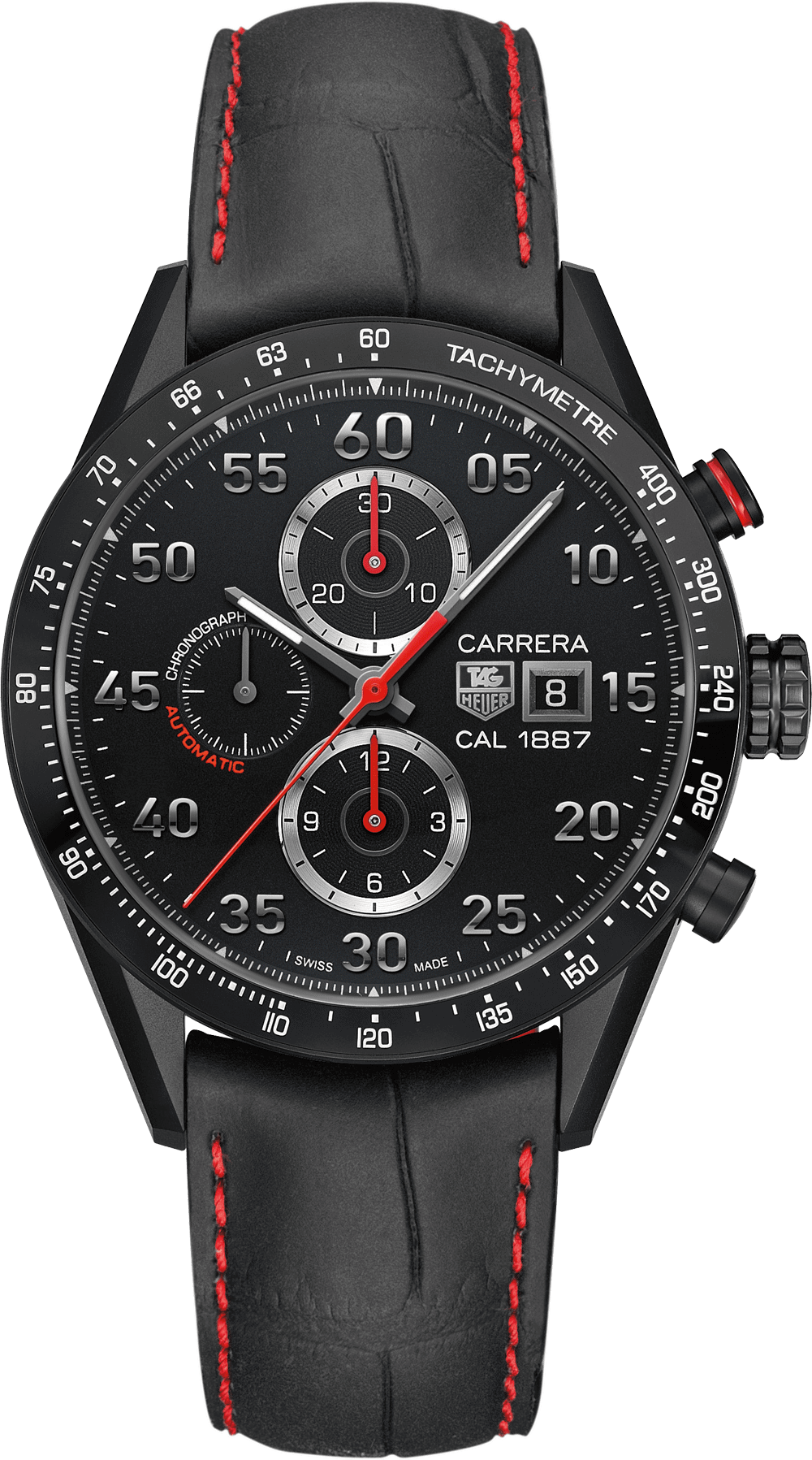 For some time now, we've been hearing rumblings of Swiss watch makers joining the smartwatch game and today, we've seen the first big announcement that signals the beginning of that move. Today marks the opening of Baselworld, a prestigious event full of Swiss watchmakers and their new models held in Switzerland each year. This year saw the announcement of a partnership between Intel, Google and the famous Tag Heuer, with plans to create an Android Wear-powered watch to take on the Apple Watch, to be released next Fall.

In an interesting move, there was no actual hardware on display, but rather a quiet, subtle announcement that things had been set in motion. Intel and Google will presumably be taking care of the internals, in both terms of software and hardware, respectively while Tag Heuer will put it all together into something that resembles their iconic Carrera timepiece. There are multiple versions of the Carrera timepiece, for instance the one pictured above is the Calibre 1887 Automatic Chronograph in a 43mm size. Producing an Android Wear-powered smartwatch that looks something like this would certainly go a long way to improving how Android Wear devices are perceived by the watch-wearing consumer.

Tag Heuer is part of the LVMH Group and their President, Jean-Claude Biver said that "Swiss watchmaking and Silicon Valley is a marriage of technological innovation with watchmaking credibility. Our collaboration provides a rich host of synergies, forming a win-win partnership, and the potential for our three companies is enormous." It's clear that Swiss watchmakers are becoming concerned that the next generation of watch-wearers simply won't see the value in a well-crafted timepiece, merely favoring something packed with technology instead. As such, watchmakers like Tag are joining forces with Google and Co in order to produce something compelling to someone looking for a smartwatch as well as those looking for a respected name in watchmaking.

Guy S©mon of Tag Heuer said that "The quality of Swiss watches is renowned worldwide. When this is allied with the creative technology and global power of two companies like Intel and Google, using the Android Wear platform and based on Intel technology, we can see the launch of a technological revolution in our industry, of which I am proud to be a pioneer today with TAG Heuer."

Android Wear could certainly benefit from a shot in the arm from the Swiss watchmaking industry as well, after all the G Watch and the Gear Live were not attractive starts for Android Wear. While the LG G Watch R looks really quite good-looking, it doesn't carry the same weight as 'Tag Heuer' does.