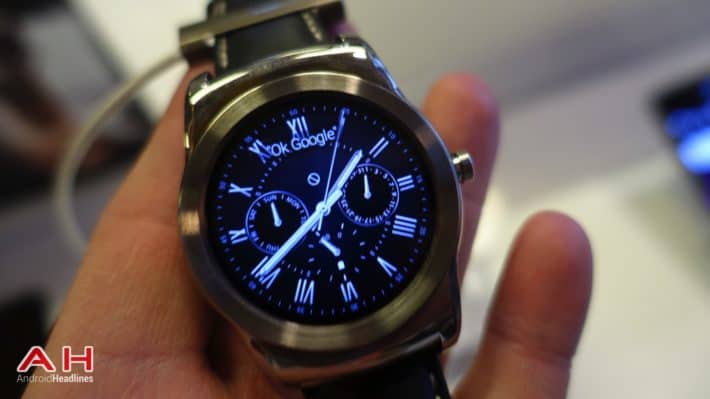 Security is big business these days, thanks to a number of high profile privacy issues last year and how many of us are increasingly living online with the help of our mobile devices, which of course includes everything from laptops, tablets, phablets, smartphones and wearable devices such as smartwatches. We are seeing manufacturers attempt to tap into customer fears by bundling security software in with devices, such as McAfee in the freshly announced Galaxy S6 models and today, Intel's decision to bundle the McAfee Mobile Security suite with the LG Watch Urbane LTE. Now, the source detailed below appears to be staggered with disbelief, calling today the "saddest day ever," but as I will discuss, this is a particularly short sighted Apple-esque perspective.

When it comes to device security, there are a number of ways that we can protect our device including careful control over who uses it and setting up a lock code of some description of another. Keeping the device on our person (or, rather, not losing it) is a sensible thing to do. After all, if nobody else can access it, it's that much harder to attack. We can also encrypt our devices, which requires a lock code at first boot or otherwise the information is at least very difficult to access. Increasingly, customers are finding that there are too many passwords to remember and to help, device manufacturers are resorting to biometric scanners, first for fingerprints but iris scanners and perhaps even DNA testing is likely not so far away.

Now take a moment to consider how secure your smartwatch is. There's no lock code, no biometric scanner and it doesn't sample the DNA in your perspiration in order to access your data. It is set up to receive notifications regardless of the locked and encrypted state of your smartwatch (or tablet). Sure; it's on your wrist so it is hard for a thief to get access to it. Plus when it is not within Bluetooth range of your smartwatch it won't receive any more notifications, but what if the thief stole that too? Arguably, so what? There isn't much that the thief can do with your Android Wear smartwatch apart from a few hoax calls, messages and responses to notifications, right? Now let's roll forward to a more capable smartwatch, something with more onboard technology such as the LG Urbane LTE. And then roll forward a few more months, or a year, and imagine the power of the device worn on our wrists. Currently, applications on Android Wear devices are part of a wider application installed on our Android device, but this is likely to change at some point. Plus what's to stop a hacker from using malicious code for both devices?

Currently, the threat of a virus or malware attack on a smartwatch is probably very limited. Note the word, "probably." That's because there aren't so many of them out there. But expect the Apple Watch to change this and all boats will rise with the tide, so sales of non-Apple smartwatches will likely rise along with the Apple Watch. Combine much wider adoption of smartwatches with much greater functionality and there's a strong case to protect our Android devices. Intel's decision to bundle McAfee might seem strange and perhaps over-cautious, but there's an underlying sense behind it.

Advertisement
Trusted By Millions
Independent, Expert Android News You Can Trust, Since 2010
Publishing More Android Than Anyone Else
8
Today
216
This Week
217
This Month
4963
This Year
106438
All Time
Advertisement