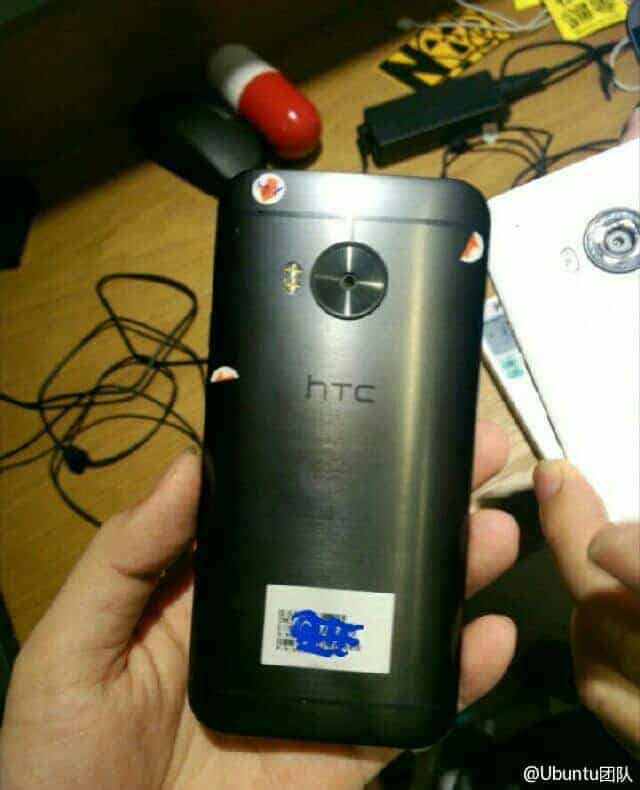 In the run up to the launch of the HTC One M9 we were of course bombarded with leaks and rumors, some of which threw the cat out of the bag so violently we knew pretty much everything there was to know about the M9 before it was launched during MWC '15. We were also expecting the HTC One M9 Plus to be revealed, but considering the amount of leaks slowed down, rather than speeding up, as we got closer to Mobile World Congress it began to look like the product was shelved, or that it never existed in the first place. Leakers like @UPLeaks are of course convinced that the phone does exist, and in an interesting turn of events, we could be looking at the first two images of the HTC One M9 Plus.

As Russian site Mobilissimo is reporting, photos of what could be the HTC One Plus have appeared on China's Weibo network courtesy of the account "Ubuntu team". The images look like an HTC One device, but the camera lens is significantly different from both last year's HTC One (M8) – the lack of a second camera makes that obvious – and this year's square camera module from the HTC One (M9). The device has stickers plastered all over it, which could be a sign that this is some sort of device in testing, and the specs for the device have been teased yet again.

We've been hearing that this is going to be a device for the Far East markets, and with a 5.2-inch Quad HD display and a MediaTek MT6795 octa-core CPU (with a Snapdragon 810 version teased as well) it looks like this is shaping up to be a much better device than the original M9, on paper at least. We've heard these specs before, and if they turn out to be true it'll raise some eyebrows about HTC's strategy. With a 0.2-inch larger display, how could HTC justify a device with a better display and a more powerful processor? Wouldn't it be too similar to the original? Only time will tell, but these images look like an HTC One device, so a launch later this year seems very likely at this point. 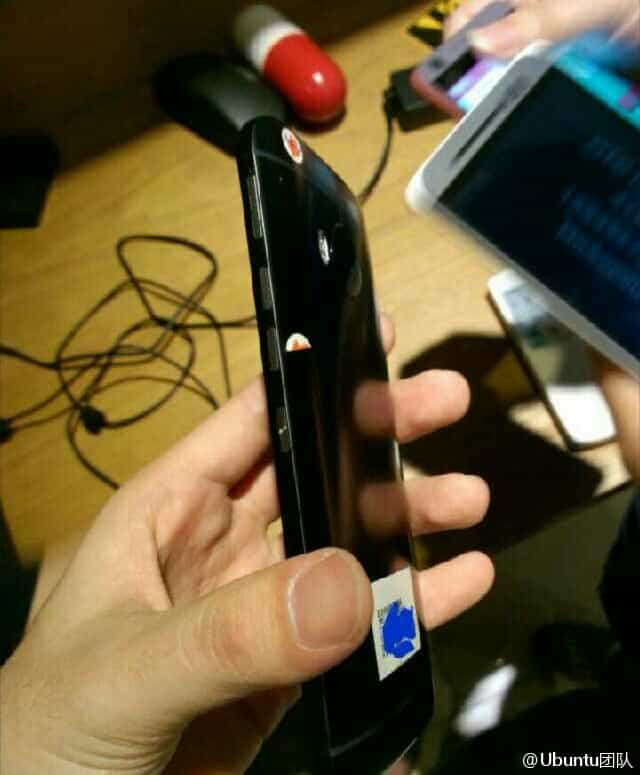