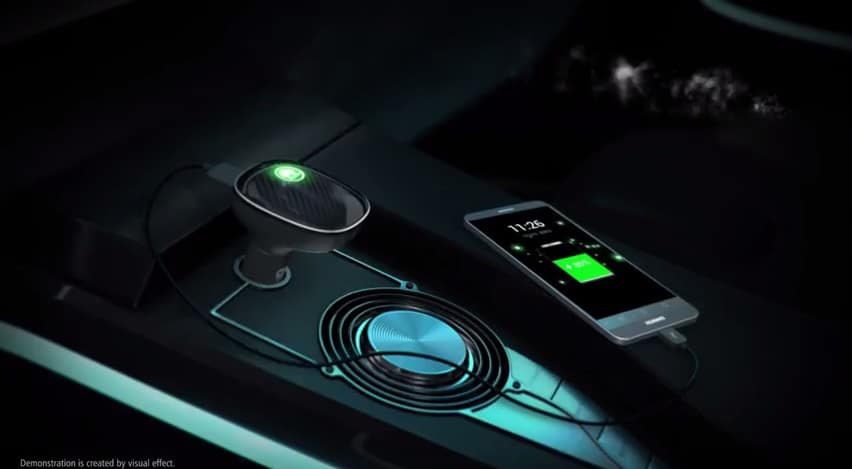 Huawei dropped a hot looking new smartwatch on us this morning, but they also brought a neat gadget for your car. The CarFi is a device that plugs in to your vehicle’s car charger and creates a WiFi signal, turning your car into a rolling hotspot. AT&T has done this in some Chevy vehicles, but the CarFi can be mounted in any vehicle you own. You can use any SIM card that you have at hand, or choose from a GSM-based carrier and get a SIM specifically for this purpose. “The Huawei CarFi is a car and WiFi all in one. Running on 4G LTE with a download speed of up to 150Mbps, it supports up to 10 devices simultaneously. Get more speed and stability in WiFi while cruising and charge your smartphone with ease to stay connected anytime and everywhere.”

The setup looks simple, at least in the promo video that Huawei released. There’s no official word on pricing or a release date yet. Hopefully the company brings these to the U.S. and makes them available all over. It’s a great tool that could come in handy for any number of situations when you’re in your vehicle. You shouldn’t need to worry about carrier support either, if the device is unlocked and can accept any SIM, all you would need is a data plan and you’re good to go. At least, that’s the idea.

Huawei unveiled a new fitness tracker and a 7-inch smartphone this morning too, but their most exciting announcement was the new Huawei Watch. It’s an Android Wear watch that looks absolutely stunning. The internals are all the same as most current Android Wear devices, but the smartwatch looks like a nice watch. “We have responded to consumers’ requests from around the world asking for a smartwatch featuring a timeless design that is truly smart from within. Through Huawei’s continued commitment to ‘Make It Possible,’ the Huawei Watch delivers on that promise and gives the consumer a premium smartwatch that is technologically innovative,” said Huawei executive Richard Yu.