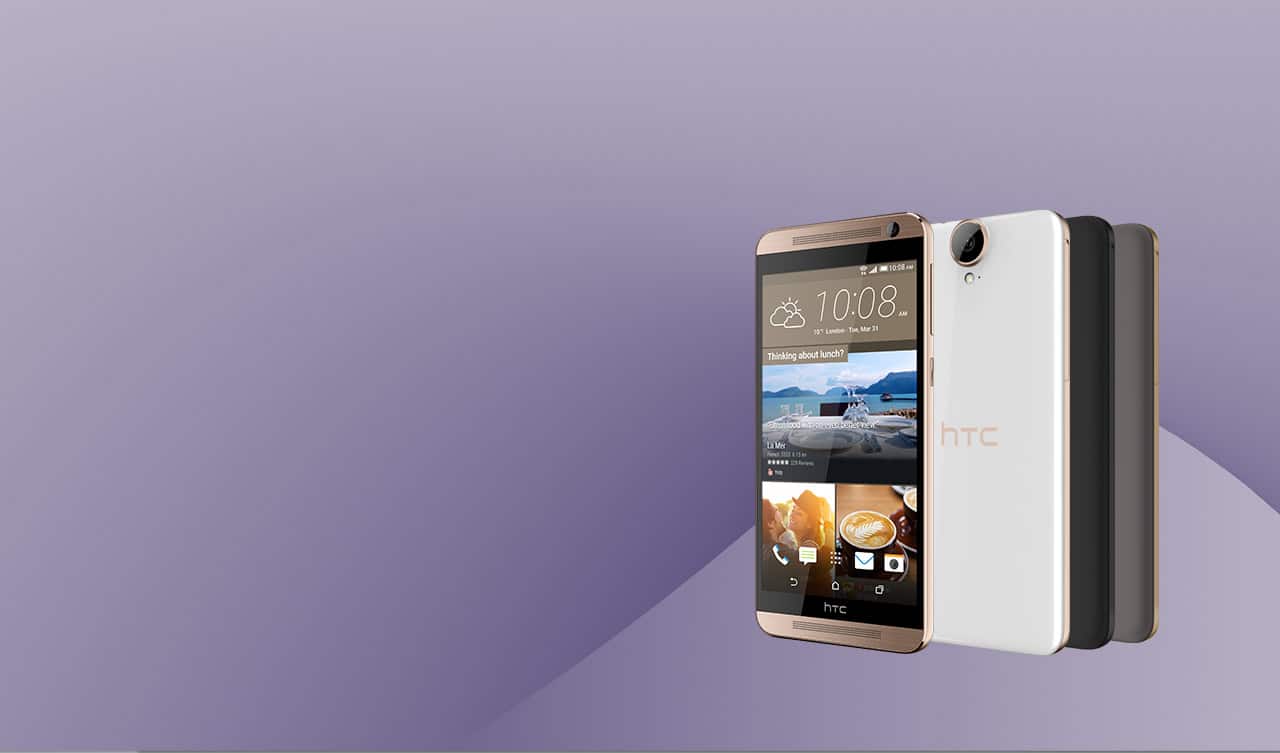 Weeks ago, we showed you some leaked images of something that supposedly called the 'One E9+' from the folks at HTC.  And, since then, we've seen it get certified by China's TENAA, their committee that's equivalent to the United States' FCC, and now it's official and launched.  The HTC One E9+ comes to us from HTC's Chinese site with quite an impressive set of specifications, some of which will likely have people not bound to get it becoming rather upset that they're not making it an internationally available device like the One M9, which was revealed at Mobile World Congress and is set to ship out tomorrow, March 30.

The One E9+ is, except for  a few key physical differences, a scaled-up version of the One M9.  It's got a similar metal exterior although only the frame is metal while the back is plastic, and the same Boomsound speakers are present as are the bezels, underneath which the drivers are held.  Another big difference besides size of the device is the addition of a rather unsightly but not too eyesore-ish camera module bump at the top rear of the phone, which houses the 20 megapixel sensor that is likely the same as the One M9.  If you recall the Galaxy S IV from Samsung in 2013, the camera bump is slightly reminiscent of that, but check the pictures to see what we mean.

The internals, which are in fact improved over the One M9, are going to be what sell this device.  The One E9+ has got a stunningly large and gorgeous 5.5-inch QuadHD, 2560 by 1440 pixel, display, as well as MediaTek's high-powered offering of the MTK6795M octa-core, 64-bit processor clocking in at 2 GHz, backed by 3 gigabytes of RAM.  Those help to smooth the experience of HTC's Sense 7 overlay on top of Android 5.0 Lollipop.  The phone also comes with 32 gigabytes of internal storage.  The E9+ also features dual-SIM capabilities, so you can use both your SIM cards if you get this device.  The phone also supports, for those that use more storage, Micro SD cards up to 128 gigabytes in size, so you should be fine.  Battery size, which is always a factor in deciding to buy a device for many users, is one piece of information that HTC seems to have left out about the One E9+.

If you look into the specifications tab of the E9+'s page, you'll see conflicting numbers from what we've got above.  When we heard about the E9+ going through TENAA, we got a spec list which matches ours but conflicts with the one the HTC has for the E9+, so if clarification arises, we'll update and get them set in stone.  We've heard of a device codenamed A53 (which compares to the E9+'s codename of A55) as a likely regular E9 model, with the 1080p display, 2 gigabytes of RAM, as well as the 13 megapixel back camera and 2800 mAh battery.  All of those specifications were listed in the specifications tab / page, so we're guessing it was a listing error of some sort, which is corroborated by a tweet from @upleaks on Twitter a few days ago clarifying the A55, (the E9+) has a QuadHD display as well as a 20 megapixel camera. Given what you've seen, and the fact that this phone is not the one with that fingerprint reader that's causing all the controversy, what do you think of the device?  It might not ever see store shelves outside of China, but would you consider importing it for the specifications?