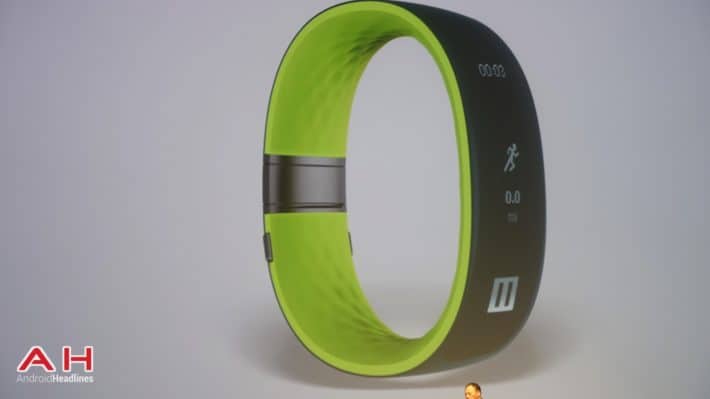 The other specs are all the same. The display is 1.8-inches with a 32 x 160 P-AMOLED mono flexible display that has a capacitive touchscreen. The fitness band has 16MB of internal memory, with 8MB of RAM. There’s a 100 mAh rechargeable battery that should last at least 2.5 days, or up to 5 hours if you have the device’s GPS turned on. It includes a sensor hub that has a G-sensor, gyro, compass, GPS, and a light sensor built in. The band connects to your phone via Bluetooth Low Energy and has a USB charging port. Other specs include vibrating notifications, an IP57 rated dust and water resistance rating, and 810G shock resistance. Nothing out of the ordinary here for HTC’s new fitness tracking band.

Unlike some fitness trackers, the Grip does have a touchscreen display that you can interact with, in addition to the UA Record app on your phone. The Grip is branded a “Re” product, like the Re Camera and the new Vive, HTC’s VR headset they developed with Valve. HTC is really branching out, working with Valve on the Vive and working with Under Armor for the Grip band. The Grip is also cross-platform, working with more than just HTC Android devices.