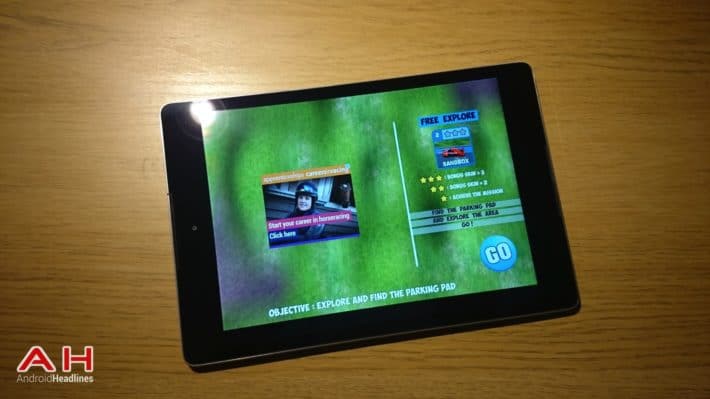 The above is a photo from a game we recently reviewed, Hoverdroid 3D: RC Hovercraft and it's a prime example of how to use advertizing in an Android game well. If you're new to app development, or you have a project that's just getting off the ground, then you'll need to make some money. After all, this is something that's taken you weeks and months of time on, even more if it's your first game or app and it's understandable that you want to see some sort of a return on your hard work. One of the easiest ways to do this is to opt for advertising inside of your app or game. That way, you can keep your title free for people to download, and you earn a little money back for your hard work. Knowing where to start and how to see what an ad would like in person is pretty difficult, then there's the pros and cons of too much advertizing versus too little advertizing. Users don't like ads, but then again they don't like paying for an app or game upfront much either, so there's a line to be drawn, and you need to find the balance.

Luckily, Google has a lot of information on just where to get started with monetizing your application, specifically advertizing. If you're worried that following instructions from Google means you'll be pushed into AdWords or something directly from Google, that's not the case. You can the advice from this guide in order to use whichever advertizing network you like, giving you freedom and flexibility with your app or game. The guide I'm talking about is this one, it'll help you set up a Publisher Account and get started with the AD SDK and how to place ads within your app, and more importantly how to preview them.

There are a number of app monetization models out there, and using ads in your app or game is one of the most attractive options out there, but there's a balance you need to strike. Lots of ads sounds great as it'll get you more money per user, but if these users don't like your approach to ads and they quit using your app, then the point of including so many ads will have failed. Too few ads and you won't see much of a return on your hard work and effort. It also depends on which sort of app you're trying to monetize, too. How ads effect the experience in your game or app can differ, below are some key points to remember.

Things to remember when trying to monetize an Android game:

Things to remember when designing an Android app: