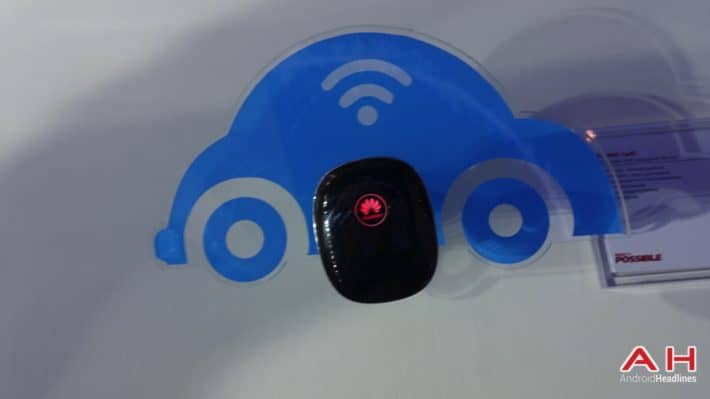 One of the more interesting products to come out of yesterday's Press Day at Mobile World Congress was from Huawei; the CarFi. Essentially a way of bringing WiFi to your car, the CarFi is an interesting product for those continually on the move, looking to get online, or stay in the loop while at the wheel, or preferably while someone else is driving. Huawei have announced some offbeat products this year at MWC, and we recently took a look at their TalkBand N1 and B2 products and now, we're taking a look at the CarFi.

If you didn't see the announcement of the CarFi, you can take a look here, but I'll give you a quick reminder. The CarFi is a wireless hotspot that brings WiFi to your car, while also being able to charge your devices as well. It plugs into the power port provided in the vast majority of cars, and gets its power like this. It's a GSM-based hotspot, which means it won't work with Sprint or Verizon, but there's a good chance they bring out their own-branded versions later this year. It's 4G compatible, with speeds up to 150mbps, and you can connect up to 10 devices at a time. Making it pretty easy to hook up your laptop, phone and tablet with room for other people's devices as well.

It's not clear who this product is for exactly, but it's something traveling salesmen and those traveling in a group would really like. After all, it can charge your device as well as offer you decent WiFi speeds as well. This is the perfect device to catch up on email, news, check up on documents and that sort of thing while someone else drives and is perfect for those traveling in groups. This sort of thing also has potential to make long distance Uber rides a little more comfortable. You can take a quick look at the device below, and don't forget to check out the rest of our MWC '15 coverage here.