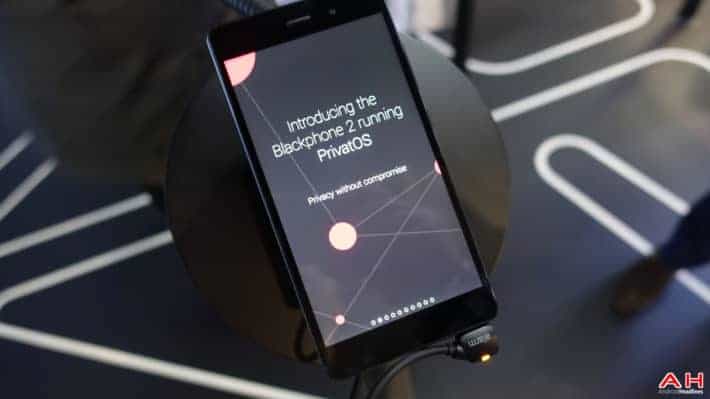 Mobile World Congress is full of all sorts of different hardware and there are all sorts of announcements going on throughout the Gran Fira in Barcelona. One of the more interesting phone announcements from the past few days was the Blackphone 2, the successor to the original Blackphone, a device focused on protecting your privacy and generally being a digital tank of a smartphone. If you want an Android smartphone that's difficult to crack open or a leaky device, then the Blackphone 2 is something you should seriously consider.

We covered the news of the announcement and you can read that here, but we've been lucky enough to get some hands-on time with their latest privacy-focused device at MWC '15 and well, there's not much to write home about. After all, the software on the Blackphone 2 is designed to be as incognito as possible, and the hardware matches that idea. There's not much on the front, aside from a display, and around the back and sides the story is much the same. Fans of minimalism with love this of course, but if you were hoping for something a little more exciting, then you should perhaps look elsewhere.

That's not really the point of the Blackphone 2 though, and while there's a Snapdragon CPU and 3GB of RAM under-the-hood this is not a device loaded to the nines with all sorts of bells and whistles. Instead, it's designed to be solid, dependable and secure. In person, we were happy to see that the Blackphone formula can create a decent, if not unexciting, smartphone and even though this isn't going to appeal to everyone, this is an important device for those either paranoid of what's happening online these days or just dealing with sensitive information. Take a look at the pictures below and let us know what you think.