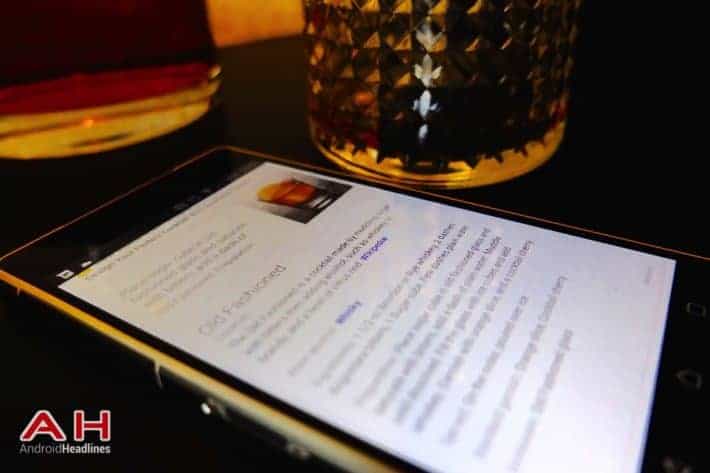 It's been said that there's nothing you can't ask Google for an answer, and while that sounds ridiculous, it looks like that statement is only becoming more true as time goes on. Since debuting the Knowledge Graph, an endeavour that aimed to just simple tell you the answer to things, Google has gotten a lot smarter. It was recently updated with medical advice, and somewhat ironically, the latest update is how to mix your favorite drinks. That's right folks, when you ask Google advice on mixing a certain cocktail, instead of just giving you search results, it'll now tell you how to mix said drink.

I tried this out on my Xperia Z2, and it indeed looks like Google has added this functionality to Google on Mobile. I was able to ask it things like "Make me a Martini" and "How do I make a Mojito" and the Google app spoke back to me some instructions on how to make said drinks. With other cocktails, Google would display me a snippet from the web and read it out to me, but with your standard cocktails that have agreed recipes, you'll more than likely just be given a quick and easy-to-follow recipe. Obviously, this sort of thing is for your downtime only, but if you fancy yourself something of a 21st Century Don Draper, then you can now search Google on how to make an Old Fashioned.

This doesn't appear to be working on Desktop search just yet, but we're sure Google is working on it. Either way, this is just one more example of why Google continues to outdo competitors like Bing when it comes to Mobile Search. When searching from their phones, people want answers right away, they don't want to check three or four websites to see which one actually has the answer; they just want to be told the answer. Google has become very good at just telling people what they want to hear and now that includes the way to mix our favorite drinks, too.