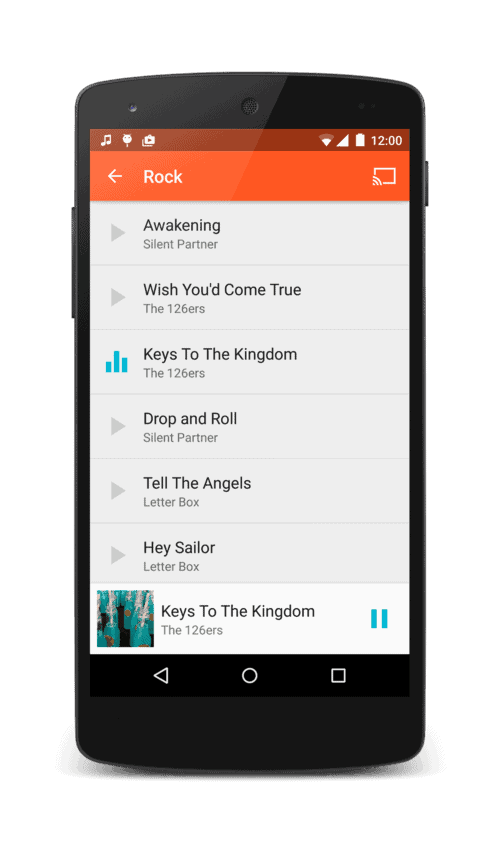 The Android space has been filled with many improvements over the past few months and ever since Lollipop was officially announced.  Android Wear has taken off and is looking to get a major feature-filled update, Android Auto is coming in cars soon, Google Cast is available for developers to add into their apps, and the smartphone realm has started to get its Android 5.1 update to address most of the issues from the initial Android 5.0 release.  With all these form factors, connectivity options, and the like, it's becoming difficult for some developers to make an app that not only is compatible with all the different form factors and device types.  Google has today offered up an example app, a music player, that has a compatibility across Android phones, watches, and cars.

The Universal Media Player is an app that works from your Android phone to allow playback controls to extend to Wear and size up nicely to fit on the center screen of Auto.  The app is meant to help developers get a sense for how an app, specifically a media playback one, should look and act on each form factor of Android device, as well as how it should act transitioning between them while still maintaining the same design and design language, as well as maintaining itself within the Material Design guidelines.

The app is supposed to help to guide a developer into the realm of a simultaneously- and cross -platform-unified design and style, as well as having the interface still be completely present and usable but still useful for each platform and form factor.  To get this app, you'll have to compile it yourself (sorry folks that don't know how or want to do that for themselves) and then install it to test it out.  The app's code is available on Google's example GIT repository, so if you want to modify it and change some colors to just play around with different colors or color palettes, then go ahead and pull and build it to test it out.  Which apps should be updated to this new truly Material Designed interface, and which apps should extend to other platforms at all or even just better?  Which kinds of apps should be built to make use of the Auto and Google Cast platforms?  Let us know down below.