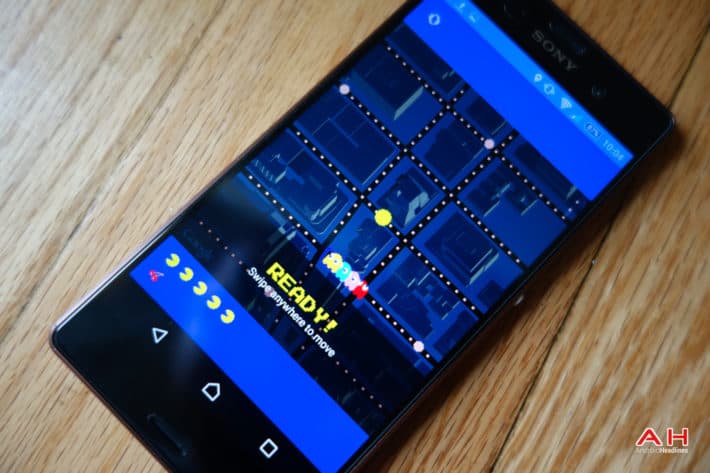 Right on schedule Google begins teasing the next leg of their April Fool's Day gags, which this year seems to begin once more with Google Maps. Last year Google allowed users to try and catch all the original Pokemon up to and including Mew, which could be searched for and captured using the Google Maps application. After everything was all over, Google ended up sending those who achieved the accomplishment of capturing all the Pokemon and becoming a Pokemon Master a neat little gift in the mail. This year, users can play a live game of Pac-Man right inside of Google Maps, ghosts and all.

Users will be able to play Pac-Man either on the desktop version of Maps or in the Google Maps application on their phone, but before the option to play comes up you'll have to find the Pac-Man pin dropped on the map. If you're in the Google Maps application, opening up the hamburger menu reveals an option towards the bottom to "Insert Coin" which tells you that you're now able to play the classic arcade game Pac-Man. On the support page that Google created for this little easter egg they offer you tips to finding the area on the map where the Pac-Man icon will pop up, and if you find it all you have to do is tap on the Pac-Man button and Maps is overlayed with the game.

On the desktop version, the arrow keys control Pac-Man as he eats through the city streets, make sure and remember to avoid ghosts though unless you've already eaten a power pellet. On the Android app controlling Pac-Man's direction is handled by swiping your finger in the direction you want  Pac-Man to go. Simple, right? You get five lives with the game before you reset, and in that time you can try and amass the highest score possible. Google even has a high scores page set up that shows the rankings and which location they were achieved at. It's a fun little time waster and if you find yourself with a free moment or two, give it a shot and see how high on the leaderboard you can climb.