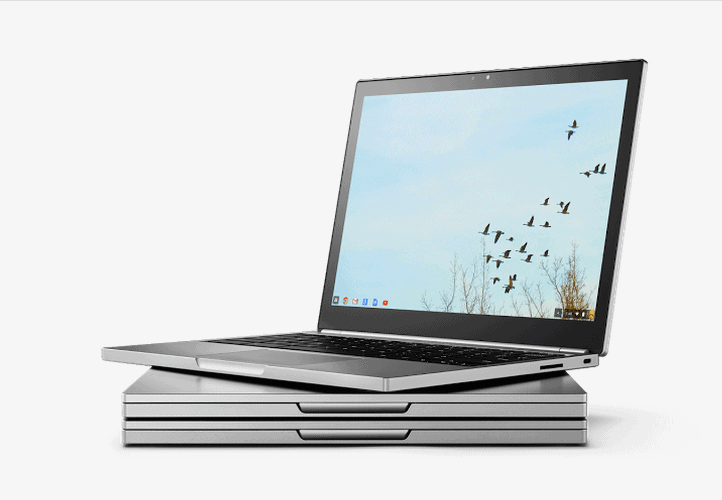 One of the biggest complaints about the original Pixel? Well the price tag. It appears to have gone down a bit with the newer Chromebook Pixel, but it's still pretty insane at $999. As far as the hardware goes on the Chromebook Pixel, it appears to look almost exactly the same. However the ports are a bit different now. We have two USB-C ports, which do charge up the Chromebook Pixel. There's also a SD card slot, and two regular USB ports. Google has also thrown in a 3.5mm headphone jack as well. That's right, Google also went with USB-C connectors, similar to Apple's 12-inch Macbook that was announced earlier this week. However, Google has given us two on the new Chromebook Pixel.

As far as specs go, they are still top of the line, with an Intel Core i5, or i7 processor inside along with 32GB or 64GB of SSD storage respectively. Paired with the 32GB of storage is 8GB of RAM and 16GB of RAM for the 64GB model. That's quite a bit of RAM for Chrome OS. But as most of you know, Chrome definitely will use it all.

Google did change the screen a bit. The original Chromebook Pixel was a 12.85-inch 2560×1700. This time we have a 13-inch display, with the same resolution. It is still a touch screen as expected. Google is saying you'll get about 12 hours of battery life out of the new Chromebook Pixel and it'll be fully charged in just over 2 hours. All of this through the USB-C port.

The new Google Chromebook Pixel LS is available right now from Google (You can buy it here), and their site says it'll leave their warehouse in 1-2 Business days.

While Google has dropped the price of the Chromebook Pixel from $1299 to $999, it's still a pretty expensive Chromebook. While it is a premium Chromebook with the best specs you can get out of a Chromebook, is it really worth that money? I'd really like to know how many people are going to buy one of these. If you are looking to pick up this new Chromebook Pixel, be sure to let us know in the comments below.