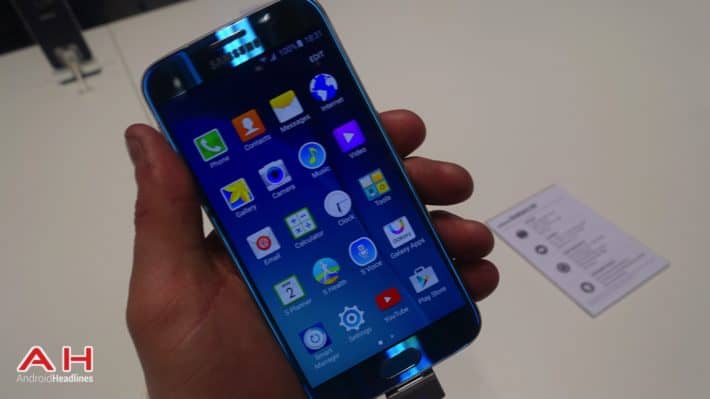 The Mobile World Congress (MWC) in Barcelona is now over. Many manufacturers showed off their devices during the show, some new, some not, but in any case, we've seen a ton of great tech. Samsung's Unpacked event was one of the main highlights of the whole show. This Korean tech giant announced their new flagships, the Galaxy S6 and Galaxy S6 Edge. The two devices are more or less the same as far as specifications go, though they're quite different on the outside thanks to the curved display of the Galaxy S6 Edge. Both of these devices are made out of metal, and both of them sports a glass panel on the back.

Let's talk about the software, shall we. Samsung has slightly redesigned their TouchWiz offering which they pre-installed on the Galaxy S6 and S6 Edge, but they didn't exactly de-bloat it as some reports were saying. You'll find a ton of Samsung apps on both of these phones, along with some Microsoft offerings. I'm sure that some of you would like to get your hands on some of these apps as soon as possible, well, you can do that now. A bunch of apps from the Galaxy S6 and Galaxy S6 Edge handsets have been leaked on XDA Developers forum.

These apps are currently available for download (though the list might get update in the meantime): S Translator, S Note, SystemUI (Statusbar and Recents), Lockscreen and Home Wallpapers, Optical Reader, GeoNews, GearManager, Gear Fit, Smart Remote, Smart Switch and Kids Mode. In case you'd like to download some (or all) of these, visit the source link down below and choose what interests you. What you should keep in mind though, is the fact that you'll need to have an Android 5.0 Lollipop TouchWiz build running on your device in order to run each of these apps (like a previously released Galaxy handset running Android Lollipop for example). Anyhow, let us know if you decided to download and try out some of these apps, we'd love to hear what you think.