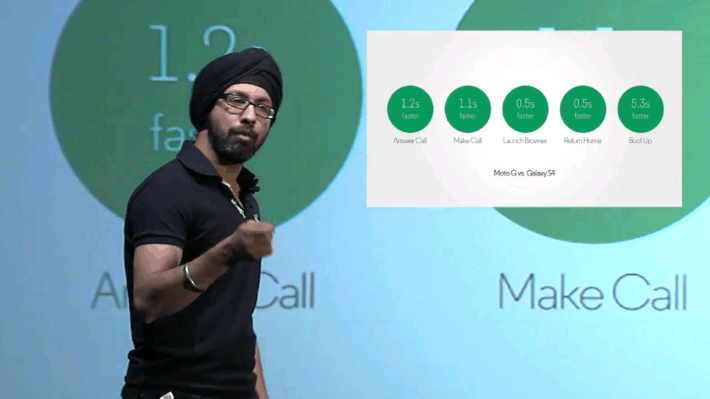 Punit Soni recently joined Flipkart, one of India's largest e-commerce firms, giving Amazon a run for their money in one of the world's fastest-growing economies. Soni has become known for developing products at Google and of course the face behind Motorola's fanatical attention to detail with performance and their overall approach to Android. He now works for Flipkart, as their Chief Product Office, and he's recently been talking to Business Insider with some choice words about Amazon.

Over the last couple of years, Amazon has invested heavily in India, spending huge sums of money in order to become a big deal in the country just as they are in the US and the UK. Soni thinks that money simply isn't enough and while cash can lead to better infrastructure, which is essential for distribution, it's talent that really matters. Soni says that he'd be "more nervous if somebody had assembled a team of 100 world-class people who were building five or six new world-class ideas". Amazon was built during a time when people were accustomed to shopping at their desks, using a computer, rather than the mobile phone they have wherever they are. In India, not understanding mobile is what could lead to Amazon falling behind.

The vast majority of those that have jumped online for the first time in India have done so from their smartphone. Not only can many people not afford a PC or laptop, but they just don't want one. Soni says that Amazon's "inherent being of the company can't just change â€” it's very hard for it just to suddenly become mobile-centric". He feels that Flipkart is the company that understands "what the best mobile experience should be" and considering this is coming from the man behind one of India's most popular smartphones, the Moto G, we think Amazon has a bit of a problem on their hands.

Amazon is no doubt going to continue to be a force in India, but with homegrown companies like Flipkart – which employs 33,000 people – having talent like Soni behind the wheel, they need to rethink what the Indian customer wants. What has worked in the US and in Europe might not necessarily work in India and as the competition grows more fierce, Flipkart and Amazon will be in the spotlight a lot more.